Posted on November 4, 2021 by tonyheller

In 1979, the World Meteorological Organization gathered 450 experts to discuss the threat of global cooling. 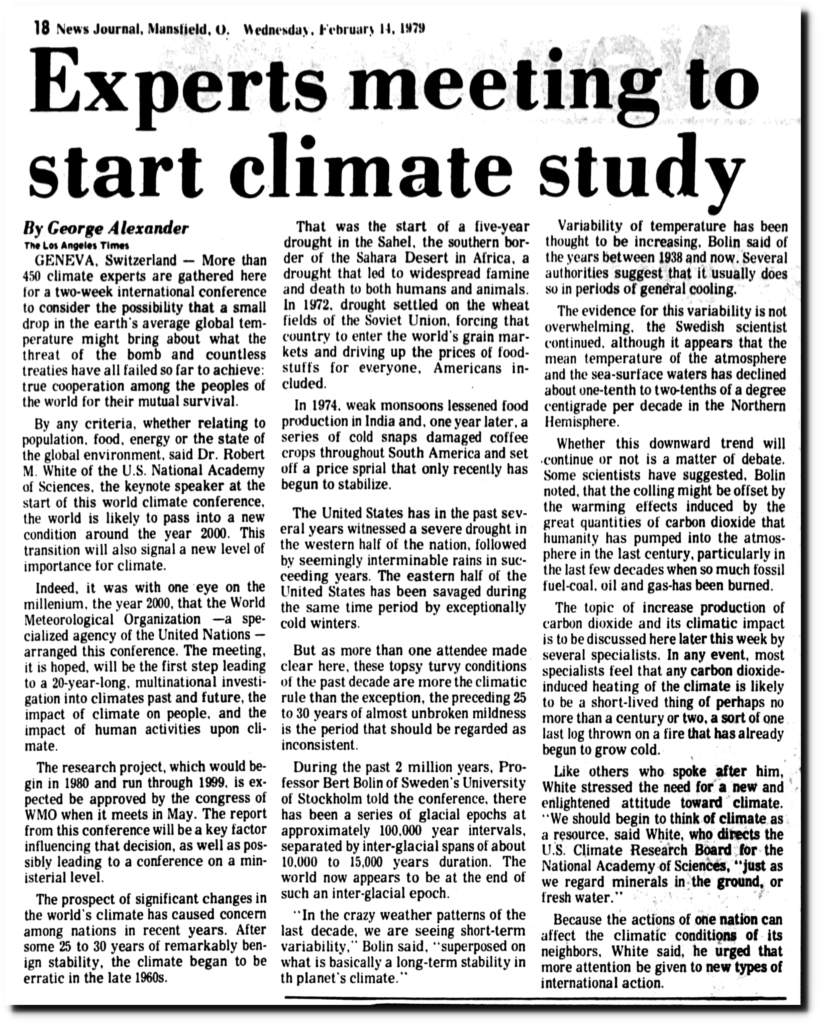