On May 23, 1972, 135 degree temperatures were reported in India and three hundred deaths were blamed on the heat. 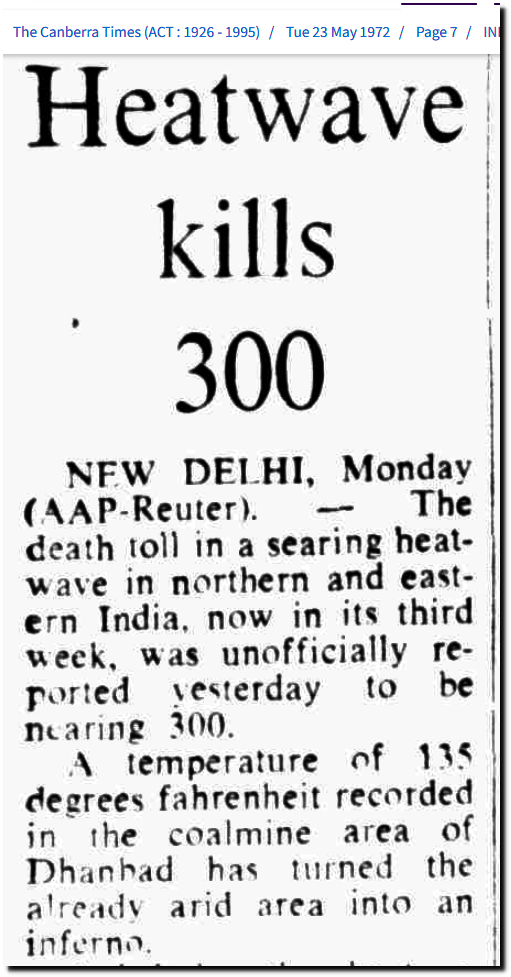 Now experts say heatwaves in India are caused by global warming and are only going to get worse. A heat wave is hitting India and Pakistan. Climate change means it’s only going to get worse.

April through June are the hottest months in India.