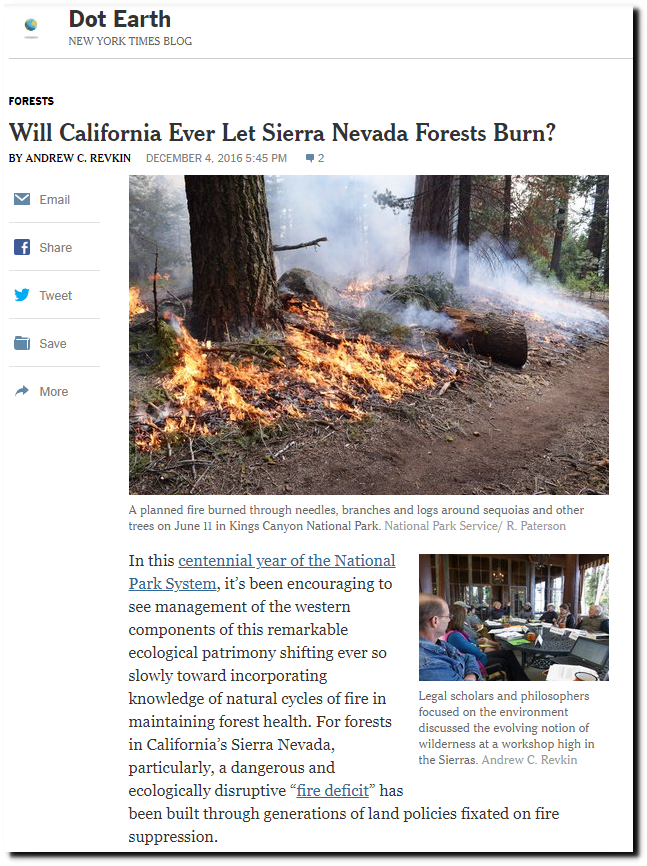 In 2018, the New York Times said California was at risk from huge fires, because of forest mismanagement.

Mark A. Finney, an expert in fire behavior for the U.S. Forest Service and an author of the study, says California forests are much more vulnerable now because, paradoxically, they have been better protected. In their natural state, forests were regularly thinned by fire but the billions of dollars that the state spends aggressively fighting wildfires and restrictions on logging have allowed forests to accumulate an overload of vegetation.

How might the dead-tree forests affect California? One of the most striking concerns is the damage the fires might do to watersheds. Intense, hot-burning fires could disrupt forests’ ability to channel water into the Sierra reservoirs that provide cities like San Francisco with drinking water. That’s a scenario that could nudge the state into rethinking its forest management. President Trump agreed with them.

Apparently it is against New York Times rules to agree with President Trump – so the science changed.

“Our forests are now catastrophically overgrown. The Sierra are carrying four times the timber density that the land can support. Those beautiful forests are now falling victim to disease, pestilence, drought, and ultimately, catastrophic wildfire,” McClintock said. “We have legislation that was just introduced to provide for more active forest thinning to protect groves like the Sequoia, but we need to extend that throughout the forest system.”