(Reuters) – The multiyear ice covering the Arctic Ocean has effectively vanished, a startling development that will make it easier to open up polar} shipping routes, an Arctic expert said on Thursday.

Vast sheets of impenetrable multiyear ice, which can reach up to 80 meters (260 feet) thick, have for centuries blocked the path of ships seeking a quick short cut through the fabled Northwest Passage from the Atlantic to the Pacific.” 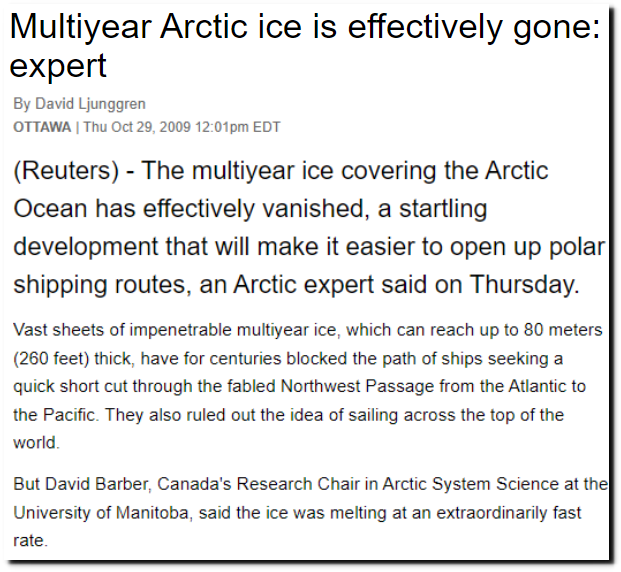 “Some scientists estimate that the polar ice pack is 40 per cent thinner and 12 per cent less in area than it was a half-century ago, and that even within the lifetime of our children the Arctic Ocean may open, enabling ships to sail over the North Pole, as the submarines ‘Nautilus and Skate recently sailed under it. A ship bound from New York to Tokyo would save 2,500 miles by turning left outside the Nar- rows and sailing past Greenland in- stead of through the Panama Canal.

Although the idea that a solid ice sheet covers the central Arctic has lingered stubbornly in the popular fancy, the northern cap of ice worn by our planet is actually a thin crust— on the whole, only about seven feet thick—over an ocean two miles deep in places.” 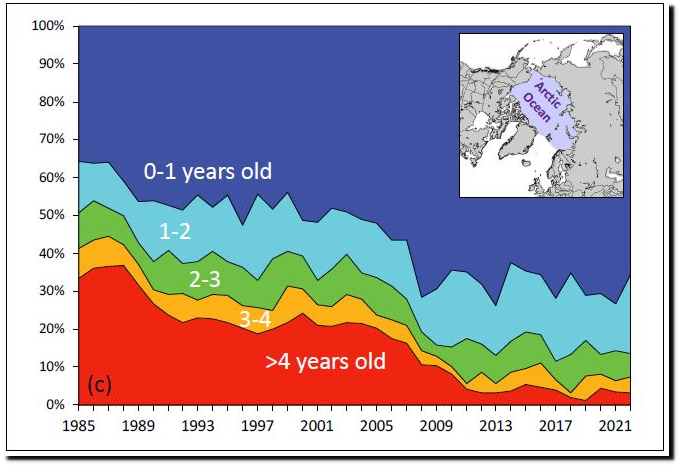 Springtime in the Arctic | Arctic Sea Ice News and Analysis 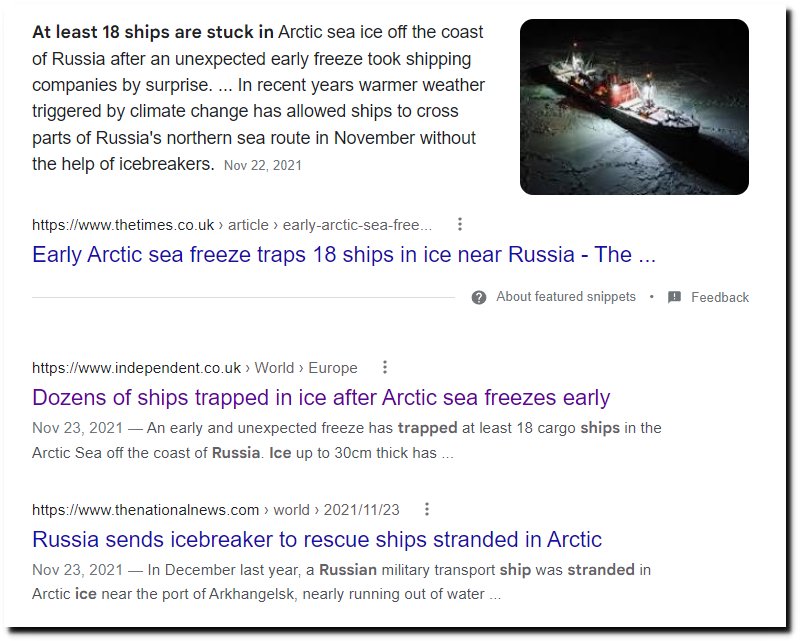