The port will become Russia’s largest oil terminal with 102 reservoirs to be built by 2030, the company said.” 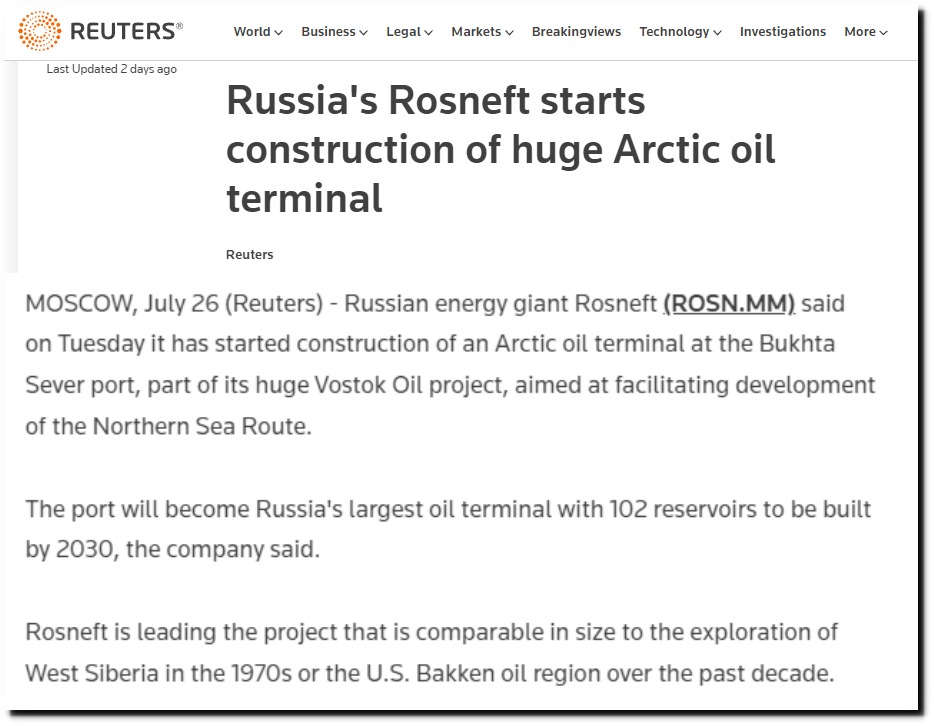