In their fully fraudulent “National Climate Assessment” The White House discusses fire from 1916 to 2003, and then gives a statistic from 1970 to 2003

Between 1970 and 2003, warmer and drier conditions increased burned area in western U.S. mid-elevation conifer forests by 650%

So why did they ignore the years before 1970? The reason is simple – those years completely wreck their climate change propaganda. Fire decreased by 90% from 1930 to 2003. 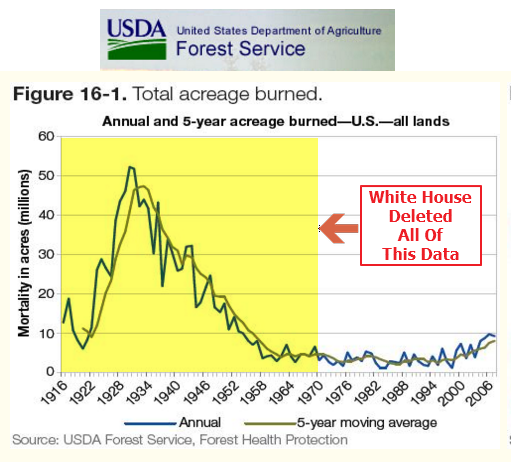 The large amount of burned area in the 1930s was due to the record heat and drought. 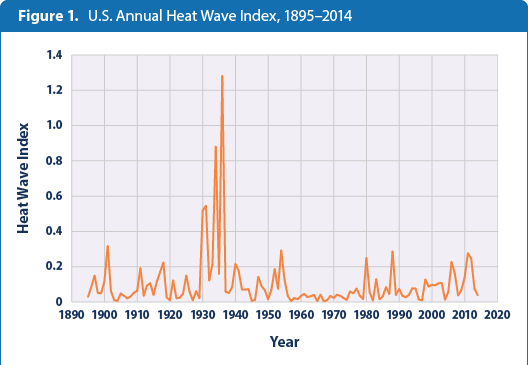 A fire started every three minutes in 1937. Eleven percent of the open forest burned.

So who is responsible for this wildly fraudulent report? Katherine Hayhoe – of course.

6 Responses to More Spectacular Fraud From The White House