Posted on November 7, 2015 by tonyheller

Arctic sea ice continues its record growth this autumn, having gained four million km² since September 1 after the shortest melt season on record. 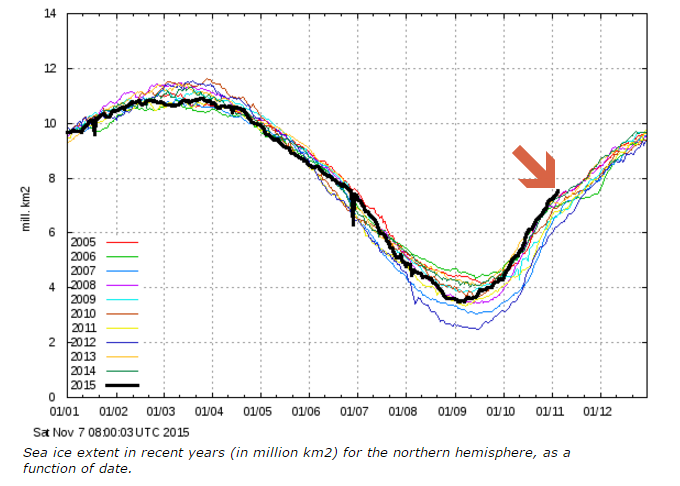 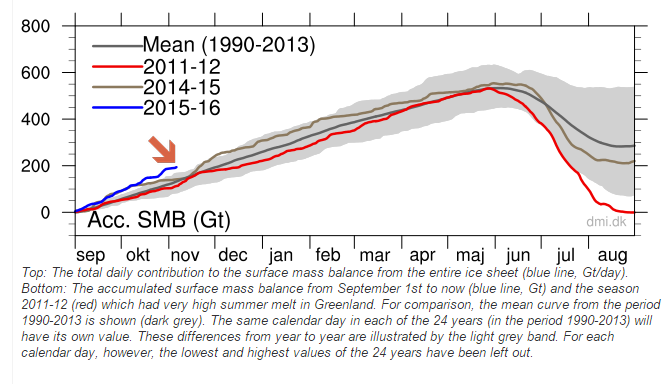 Meanwhile, climate scientists demand racketeering money, as they continue to lie about the condition of the Arctic and man’s ability to influence it. 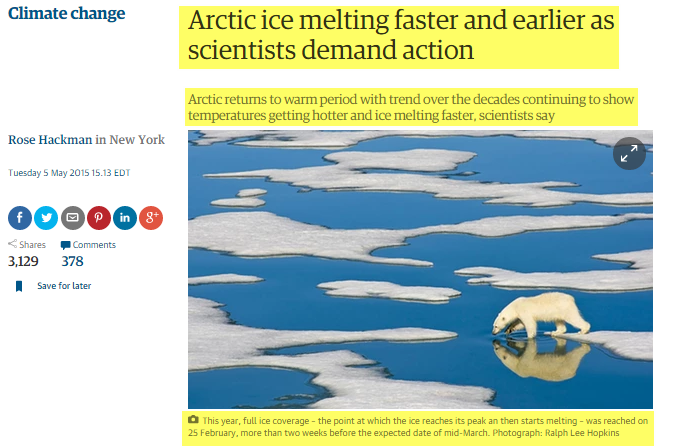 Greenland Is Melting Away – The New York Times