Here is a stunner. In 1998, two borehole studies were done by the University of Michigan and USGS – using hundreds of boreholes from North America, Europe, Australia, South Africa, Greenland and Antarctica. They showed 4F global cooling from the Medieval Warm Period (MWP) to the Little Ice Age (LIA) and 1.8F warming since the LIA. 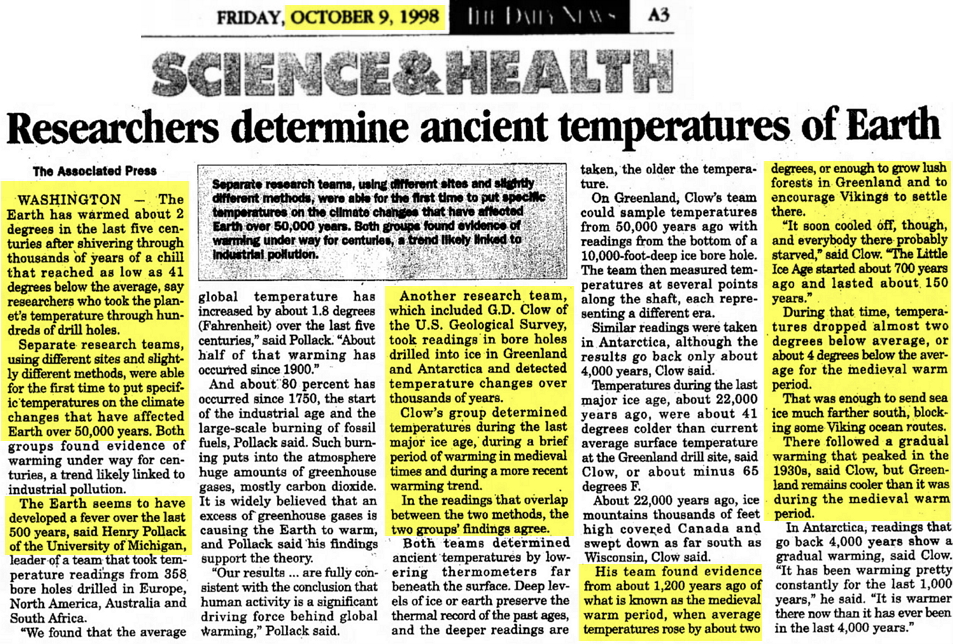 Their findings agreed with 1990 IPCC Report.

“The Earth seems to have developed a fever over the last 500 years, said Henry Pollack of the University of Michigan”

But by 1998, the criminals at the IPCC had already made up their minds to get rid of the Medieval Warm Period.

So the IPCC commissioned Penn State University climate fraudster Michael Mann to create the Hockey Stick, and get rid of the MWP and LIA. The graph below shows what Mann erased. 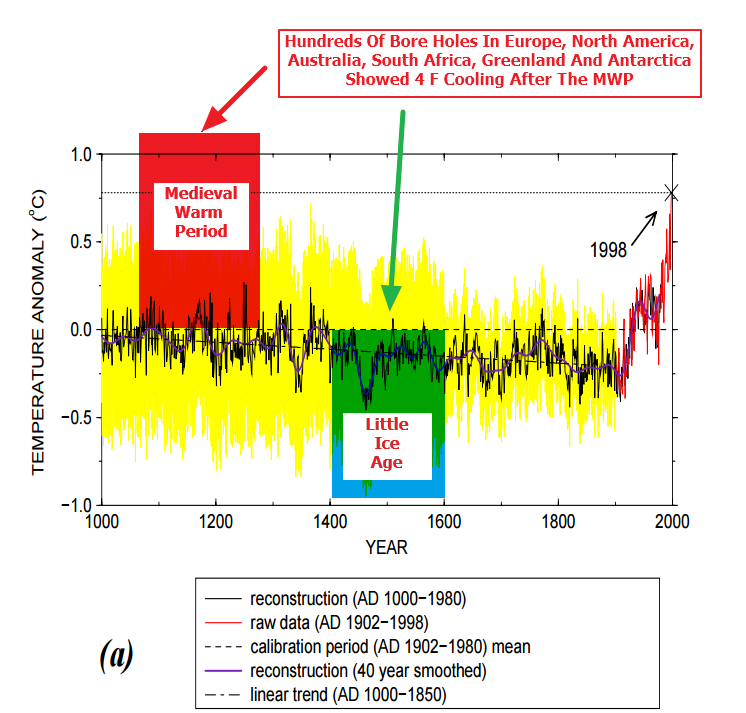