Carter To Defeat Reagan By 2:1 Margin

In February 1980, Jimmy Carter was polling ahead of Ronald Reagan by a 2:1 margin, and Republicans were desperate to get rid of him and replace him with Jerry Ford.

So how did those polls work out? 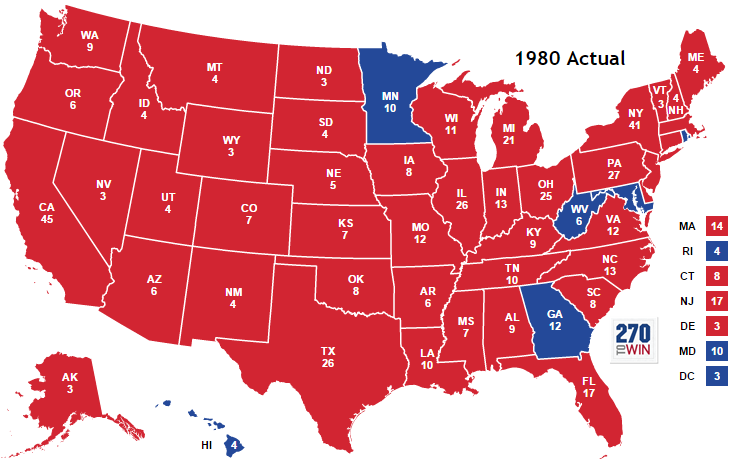 28 Responses to Carter To Defeat Reagan By 2:1 Margin