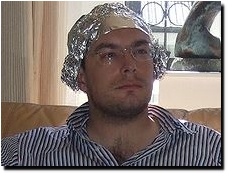 Democrats believe there is a vast right wing conspiracy to destroy the climate, funded by the Koch Brothers. They also believe that the US government is a giant Russian conspiracy controlled by Putin. There is zero evidence to support either of their certifiably insane theories.

But when presented with overwhelming evidence of scientific malpractice by government climate scientists, Democrats say “I don’t believe in conspiracy theories.“