Climate Superstition Is Getting Worse — And It Is Killing Journalism

On June 24, the fake news reported that Arizona’s heat is getting worse.

Arizona’s heat is getting worse — and it’s killing people

One month later on July 24, temperatures near Phoenix were the second coolest on record, and coolest in 110 years. 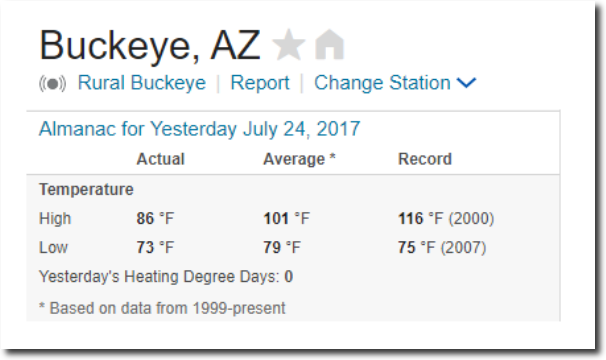 The frequency of very hot days in Arizona is down 50% since the 19th century.

Afternoon temperatures in Massachusetts were the coolest on record for July 24.

Climate reporting is not fact based, but why would it be different from other types of reporting?