David Vs. A Pathetic Goliath

Alarmists get billions in funding. Skeptics get little or no funding. Yet the climate Goliath keeps insisting they are outnumbered.  Thus proving that science, facts and reality beats big money lies every time. 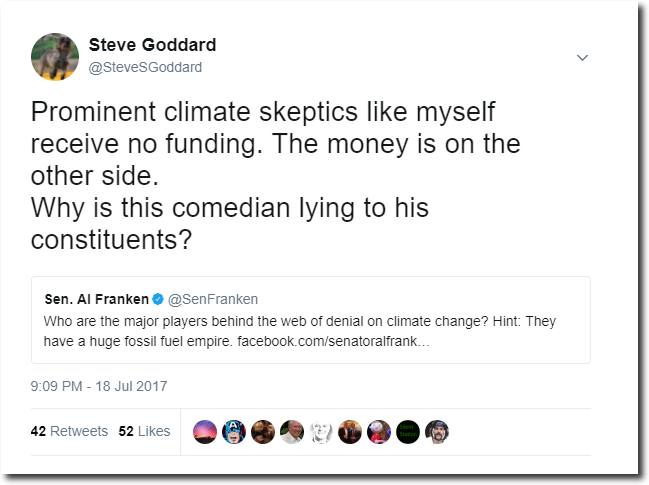 Minnesota was 117 degrees in 1917, but 90 degrees in 2017 makes Minnesota progressives cry like babies.  Pathetic little worms.

14 Responses to David Vs. A Pathetic Goliath