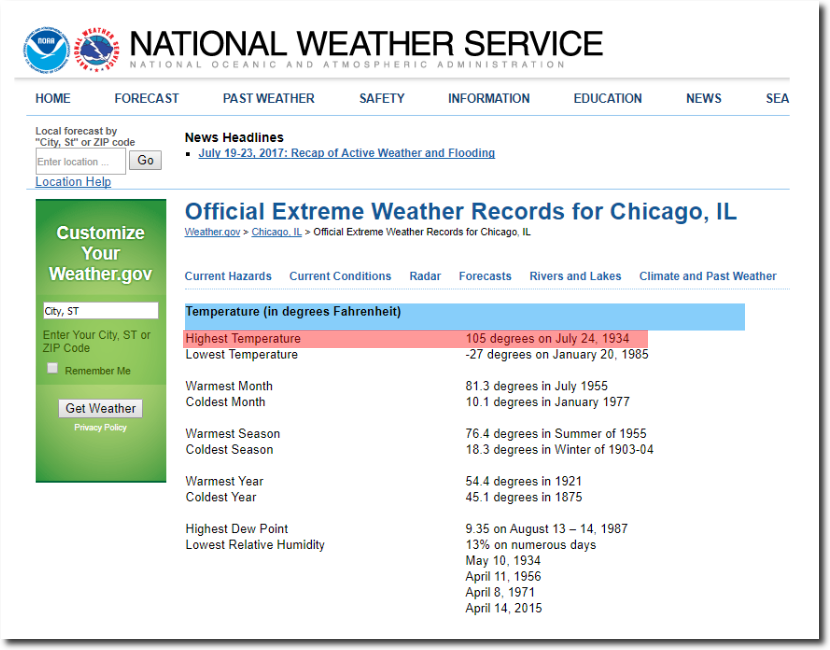 Some locations nearby were over 110F. Thirty one degrees cooler than 1934 is exactly what the experts predicted from an overheated atmosphere which traps heat like a greenhouse.