Plummeting July 31 Temperatures In The US Over The Past Century On this date in 1934, McPherson Kansas was 116 degrees. McPherson was 43 degrees cooler today, with a maximum temperature of 73 degrees. On this date 100 years ago, almost the entire eastern half of the US was over 90 degrees, and there were 100 degree temperatures coast to coast. The Pacific Northwest is having one of their coldest years on record, and temperatures have been declining there for a century.

But they are having some hot weather for a few days, so they are the new canary in the global warming coal mine. 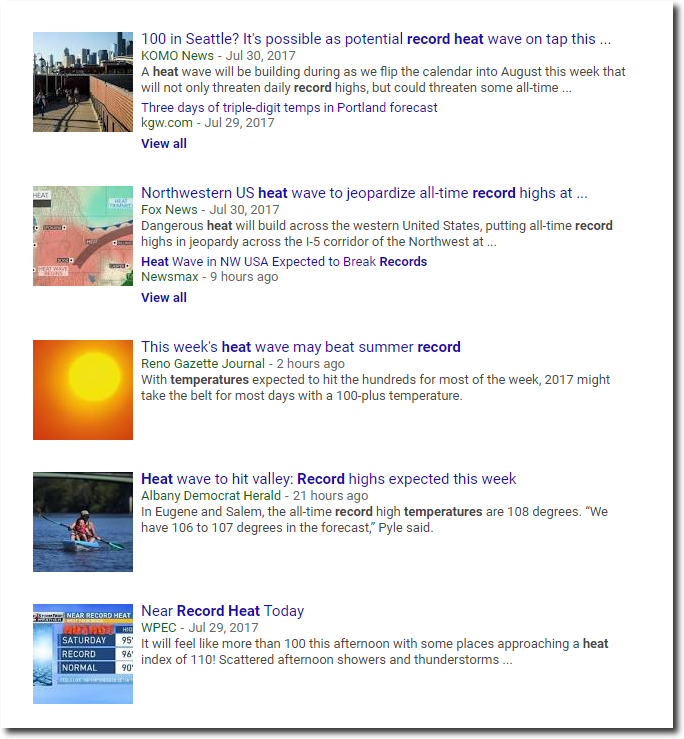