The usual band of climate criminals are touting a record early Northwest Passage voyage, due to global warming and melting ice. They seem to be confusing “steel hulled icebreaker with lights, radio, satellite, GPS and Internet” and “melting ice.” Amundsen saw the Northwest Passage open in 1903, and could have completed the trip in one year – had that been the purpose of his mission.

Amundsen had a small wooden boat, with no satellite, GPS, Internet or communications, and limited light. 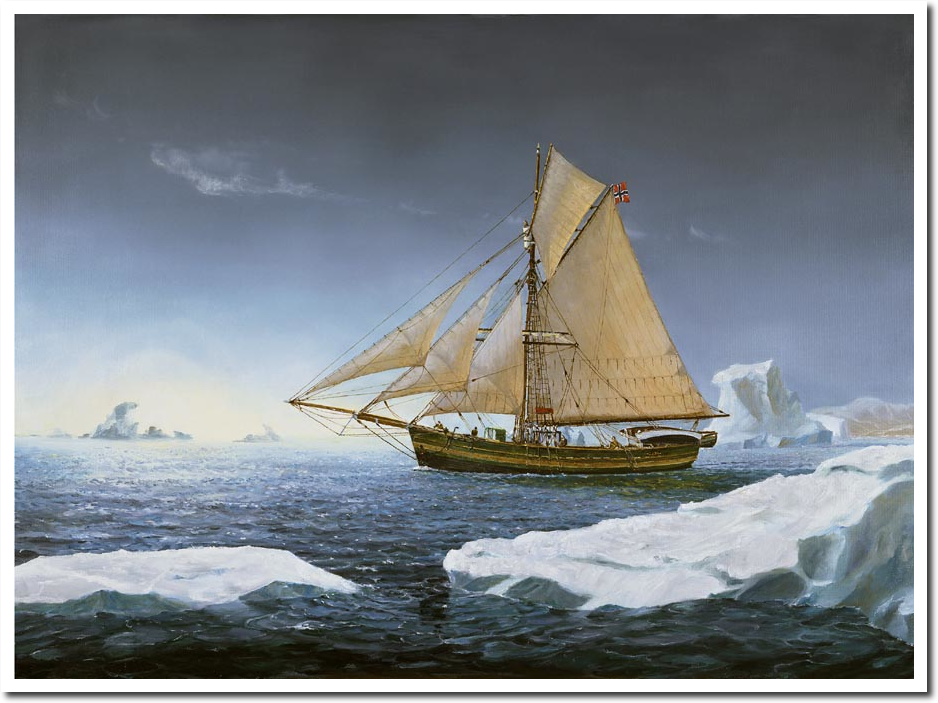 According to NASA, that was the tenth coldest year on record. 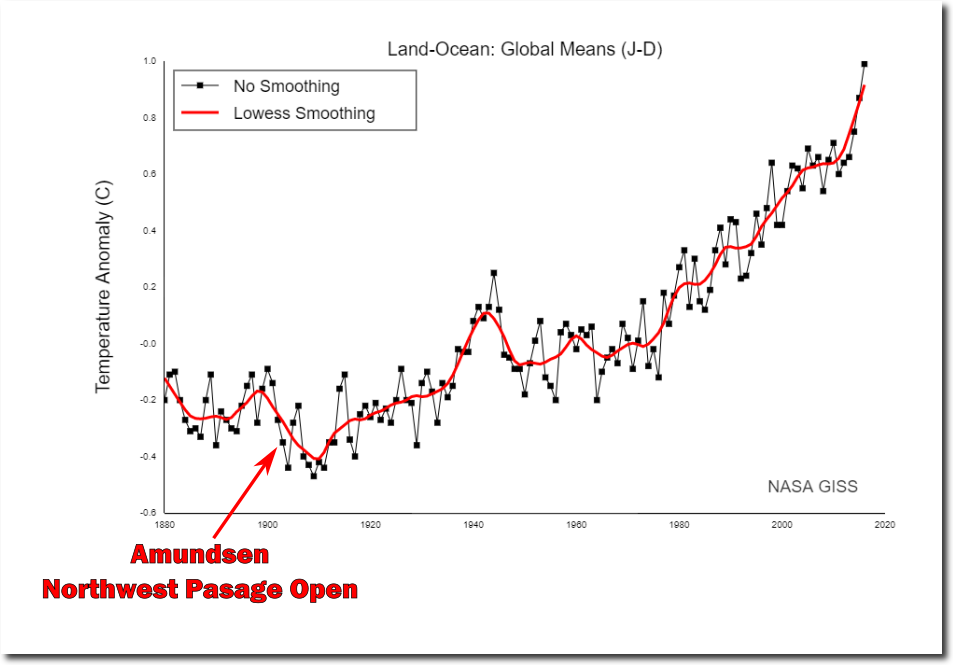 But, as always, this story gets much worse. The route which Amundsen took in 1903, is completely blocked with ice this year. July 25 was the last day when Amundsen’s route was visible through the clouds. The red represents ice. The route is blocked to anything other than an ice-breaker. Just more fraud from the team.