The short polar melt season is almost half over, and hasn’t actually begun yet. 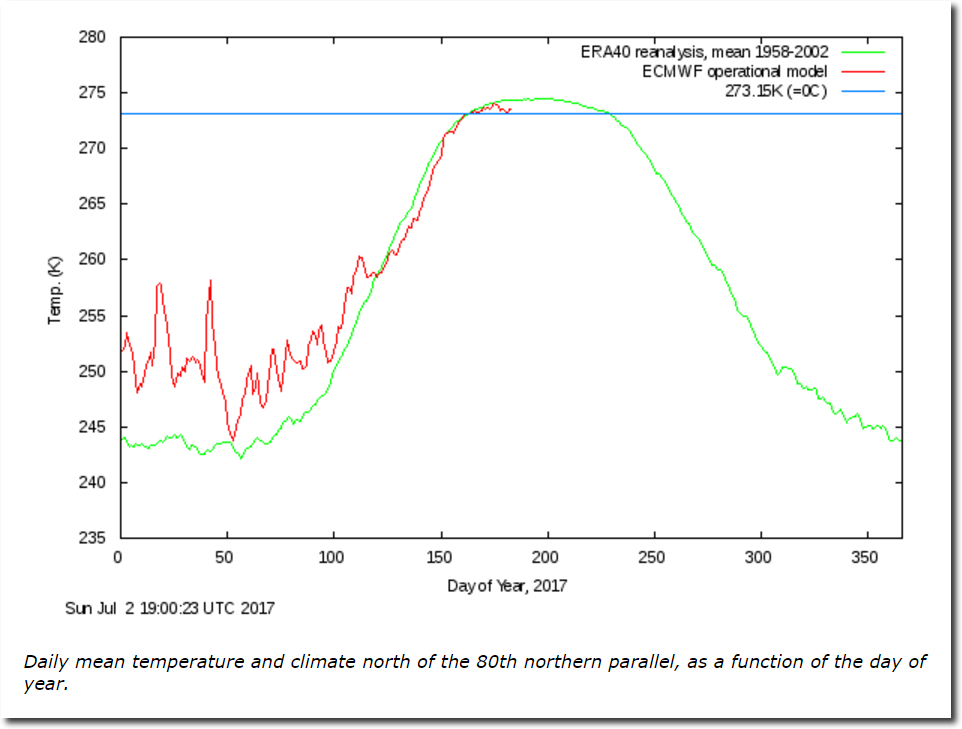 But no worries. NASA’s top climate prophet says the Arctic is ice-free and we are toast.

189 Responses to Record Summer Cold Continues At The North Pole