Declining December 23 Temperatures In The US

December 23 temperatures have declined in the US over the past century. On this date in 1933 it was 80 degrees in Virginia and California, 84 degrees in Texas, and 71 degrees in Illinois and Ohio. Most of the US was over 60 degrees. 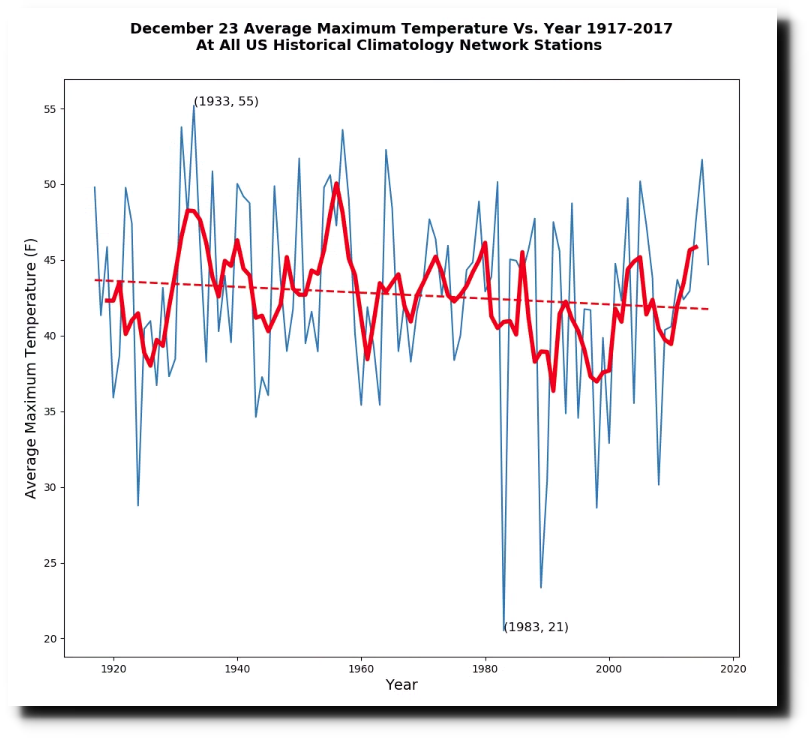 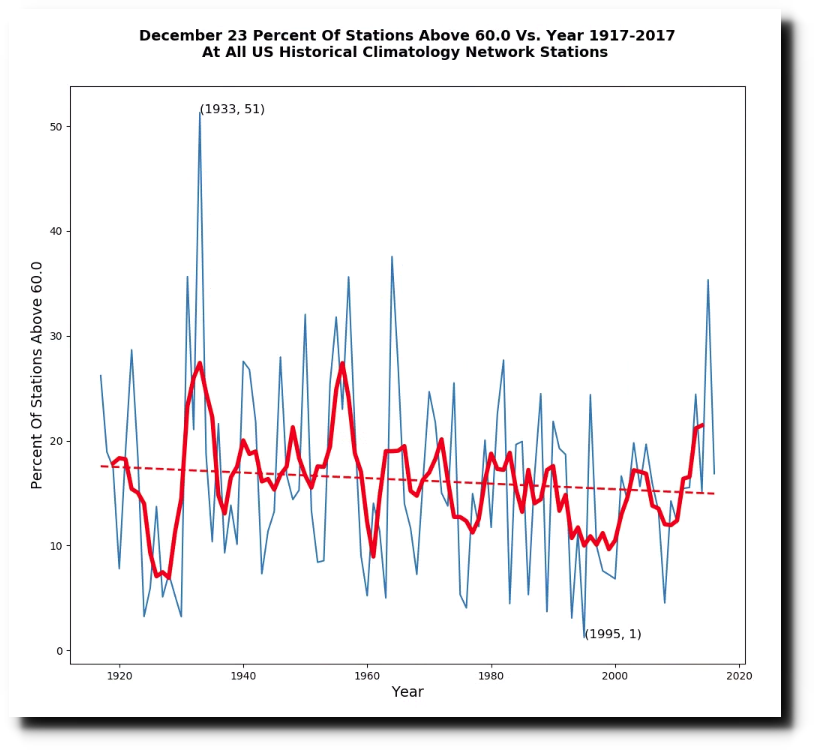 10 Responses to Declining December 23 Temperatures In The US