Plummeting Christmas Eve Temperatures In The US

Christmas Eve temperatures have plummeted in the US since the 1920’s.

On Christmas Eve 1955, temperatures in Texas, Kansas and Oklahoma approached 90 degrees, and it was over 80 degrees in Colorado, California, Arizona, Arkansas, Louisiana, Mississippi, Alabama and Florida. 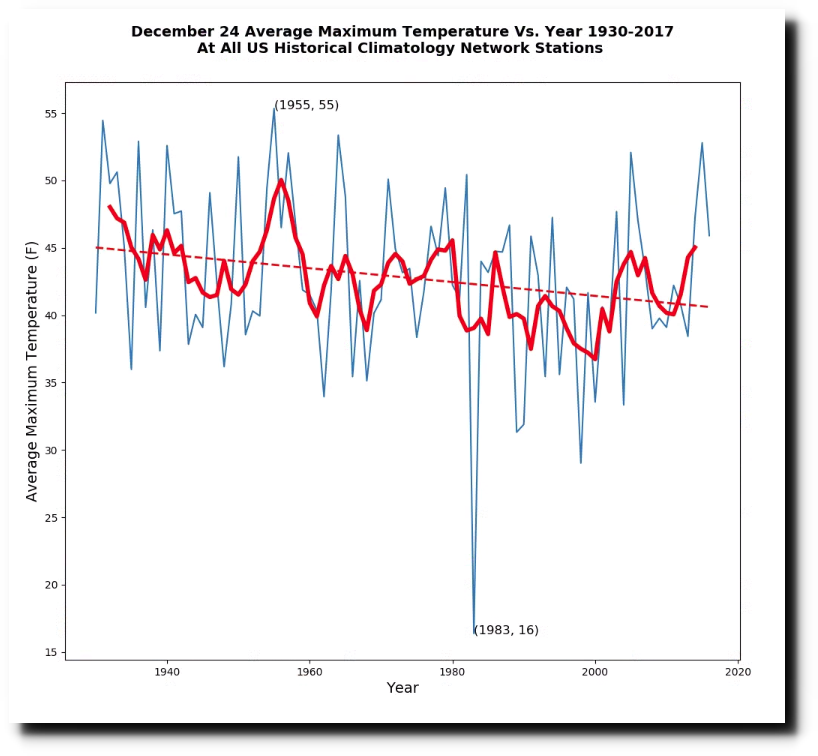 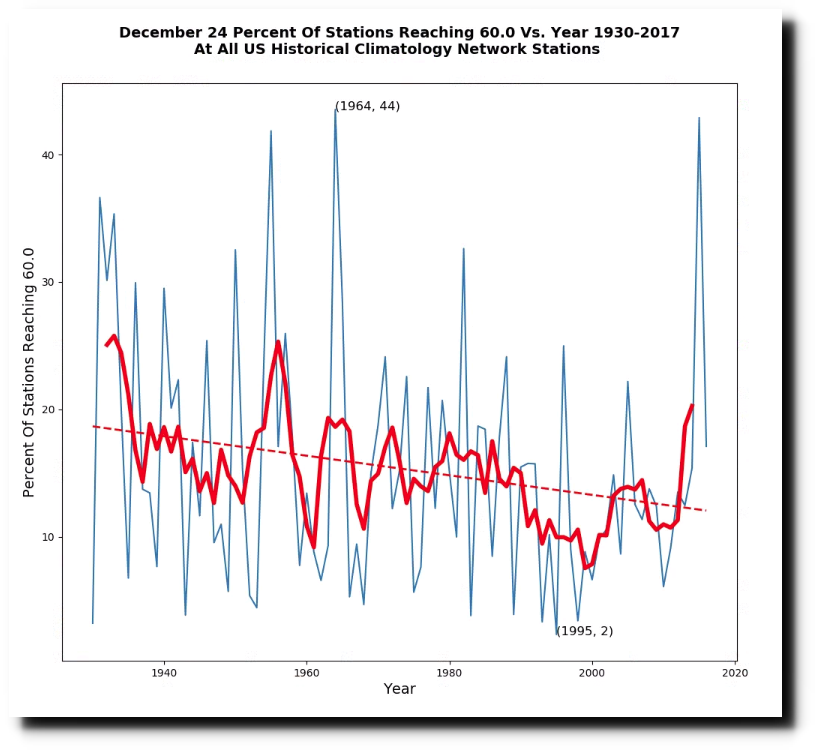 14 Responses to Plummeting Christmas Eve Temperatures In The US