“Mann’s graph was clearly the more compelling image of man-made climate change. Jones and Briffa’s “dilutes the message rather significantly,”

In 1990, climate scientists understood Earth was warmer 1,000 years ago, and that it was global. 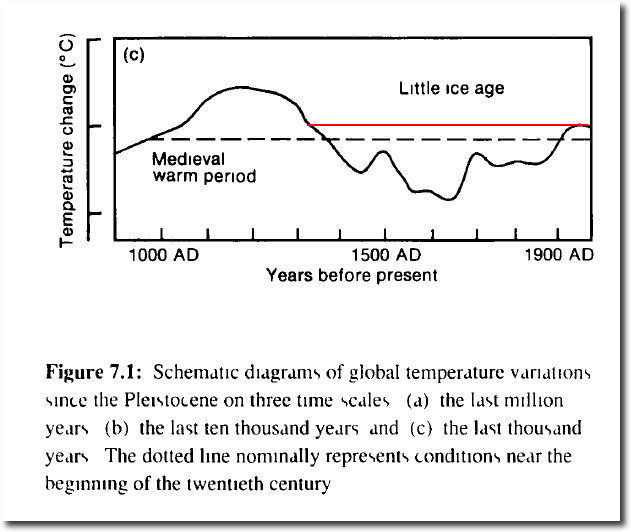 Even #1 climate alarmist James Hansen knew that the MWP was global. 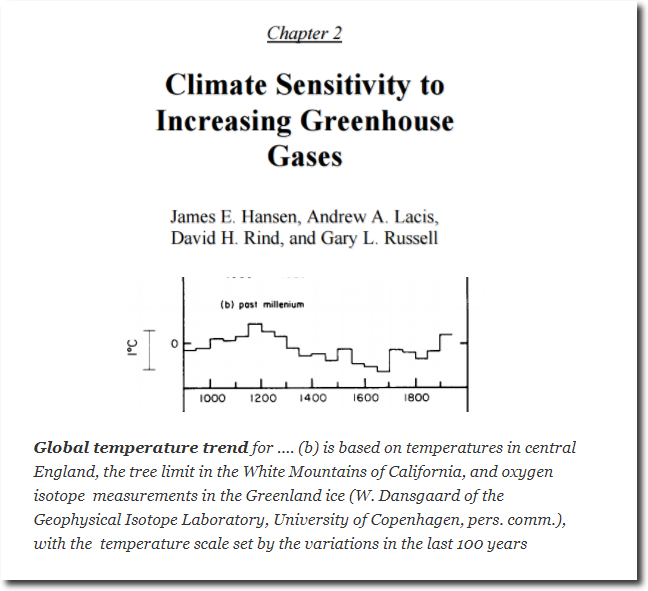 According to Climategate E-mails, reality “diluted the message” – so climate scientists erased the prior warmth, eliminated tree ring data after 1960, and tacked on fake, heavily manipulated recent surface temperatures. 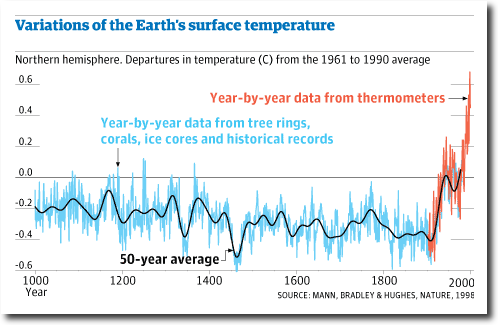 4 Responses to Diluting The Message