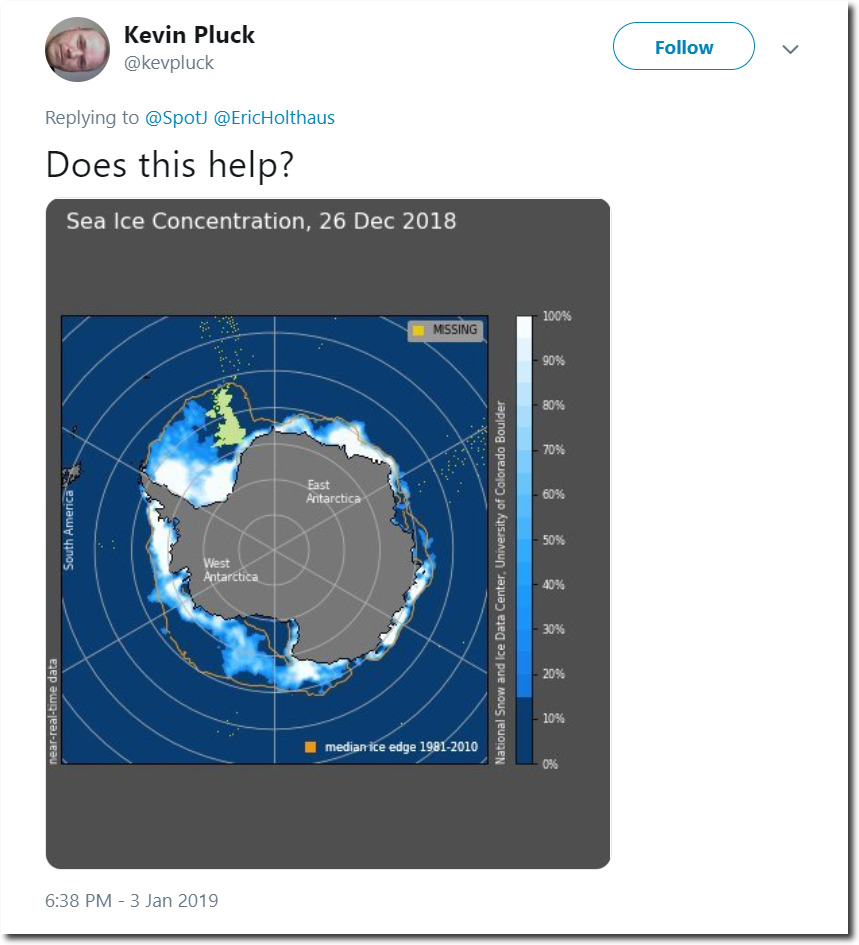 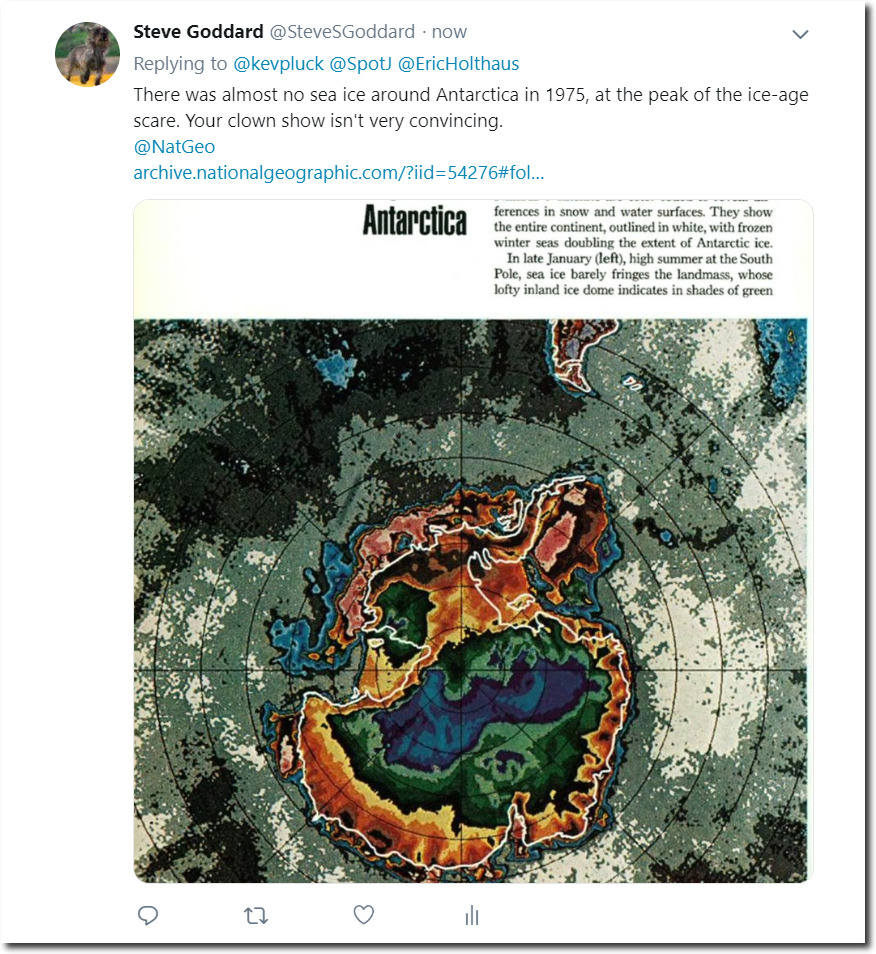 Steve Goddard on Twitter: “There was almost no sea ice around Antarctica in 1975

No surprise about the flip-flopping alarmists. Antarctic sea ice and Arctic sea ice tend to move opposite each other.