NASA Climate says Antarctica is rapidly losing ice, but an increase in snowfall during the 20th century slowed the loss down some. 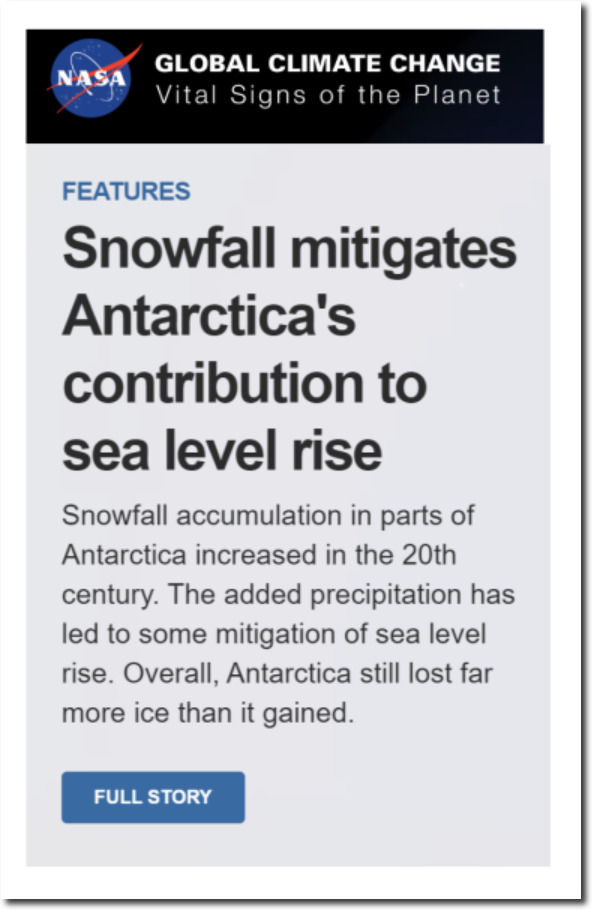 NASA also says Antarctica is rapidly gaining ice (more than 82 billion tons per year) and that it is due to an increase in snowfall which started 10,000 years ago. Why would anyone believe anything NASA says about climate?  Their climate group are propagandists, not scientists.

4 Responses to Vital Signs Of Climate Fraud At NASA