CO2 No Longer The Control Knob

After telling us for years that CO2 is the control knob of climate, alarmists are now telling us that view is “moronic.” 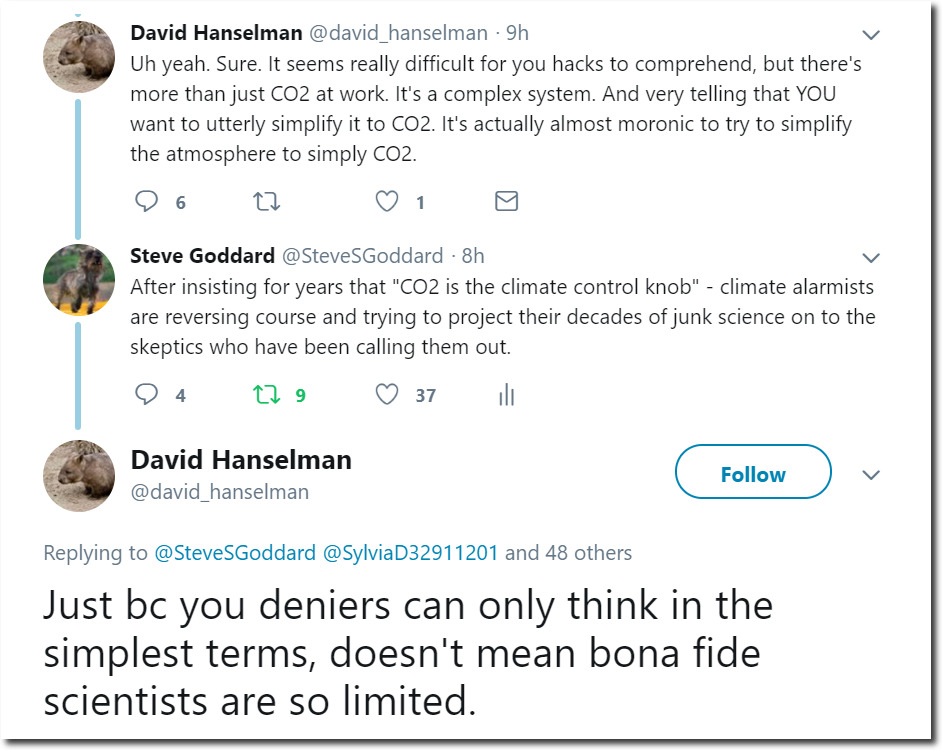 David Hanselman on Twitter: “Just bc you deniers can only think in the simplest terms, doesn’t mean bona fide scientists are so limited. https://t.co/pGdhVCK8vJ… https://t.co/DVfvCYctWs”

29 Responses to CO2 No Longer The Control Knob