Decline In Intensity And Frequency Of Hot Weather In The US

During the 1930s, the average hottest daily temperature across the US was well over 100 degrees, but has dropped about five degrees over the past ninety years. *The world’s hottest temperature of 134F was also recorded in California during 1913.

The percent of USHCN stations to reach 95F (35C) has dropped off sharply over the past ninety years. Meanwhile, the fraudsters at NOAA claim the exact opposite.

percentage of the United States with maximum temperatures much above normal. 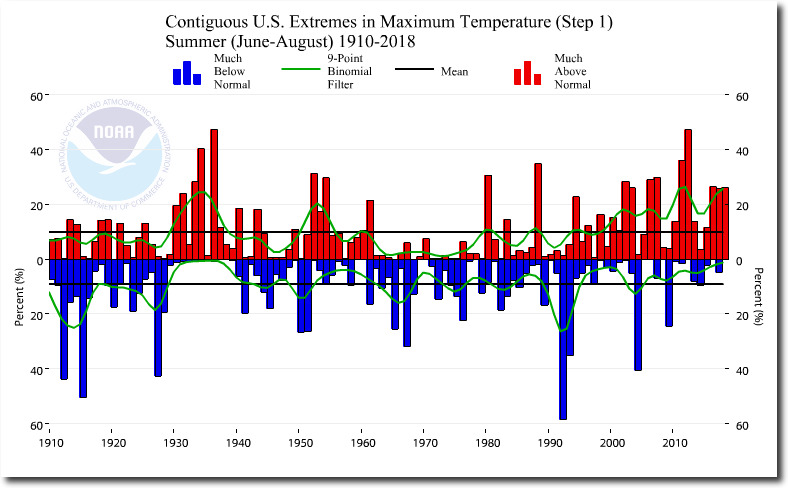