Over the past 20 years, Americans have been twice as likely to sweat through record-breaking heat rather than shiver through record-setting cold, a new Associated Press data analysis shows. This is complete nonsense. The frequency of hot days has plummeted in the US over the past century. The frequency of both record hot and record cold days has declined. 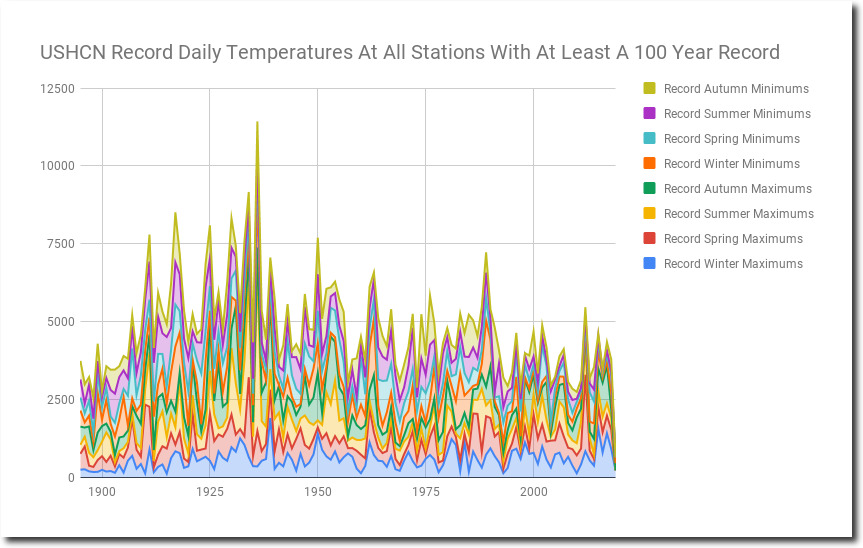 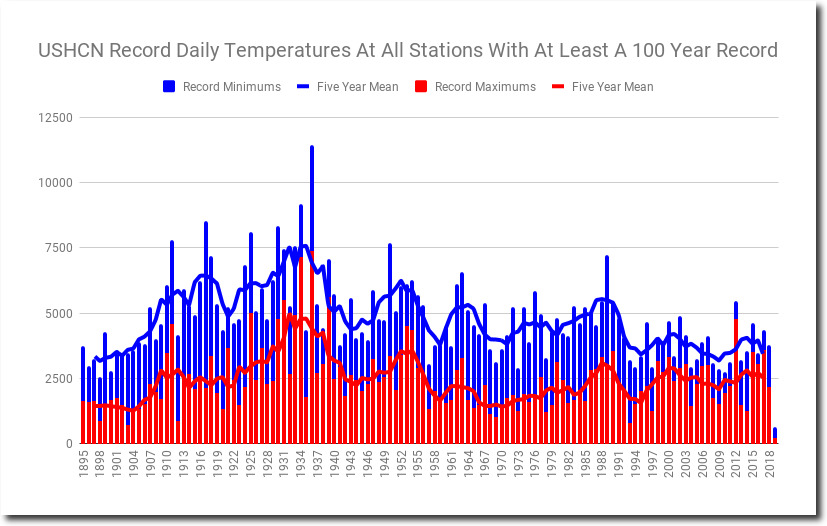 Sweltering heat occurs in the summer, and the frequency of sweltering days has plummeted. 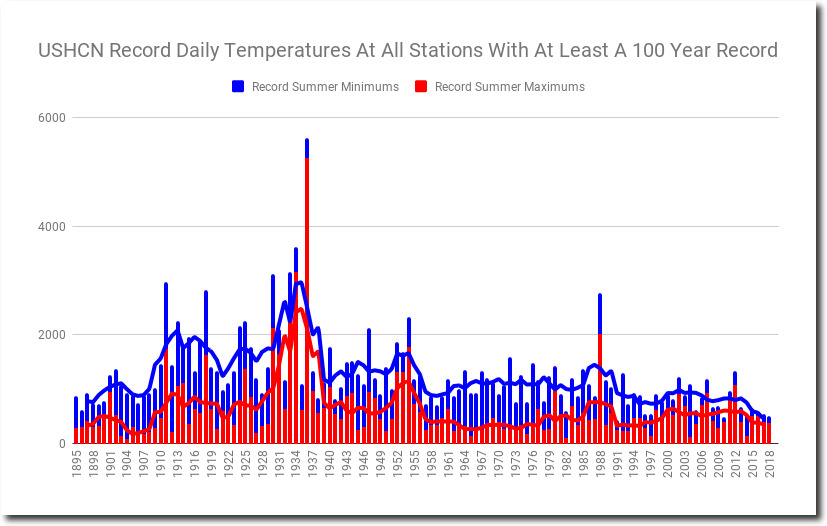 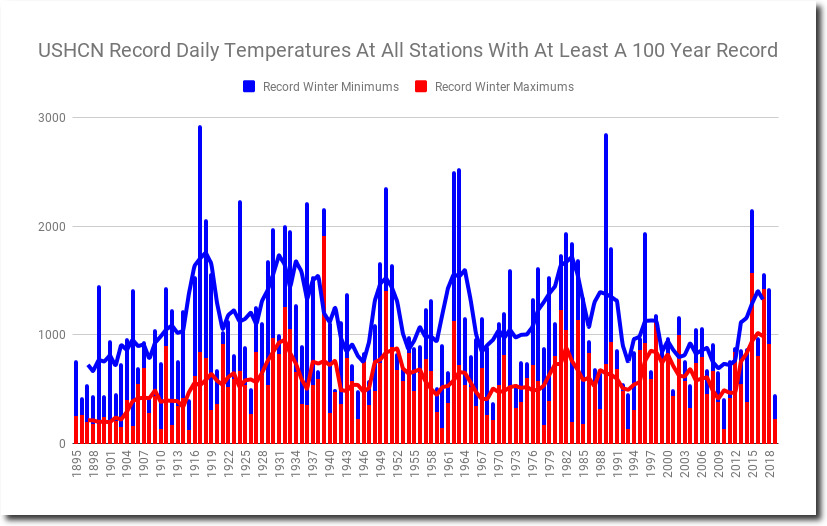 2012 had a very mild and pleasant spring.  People were playing golf in 60 degree weather – not “sweltering.” 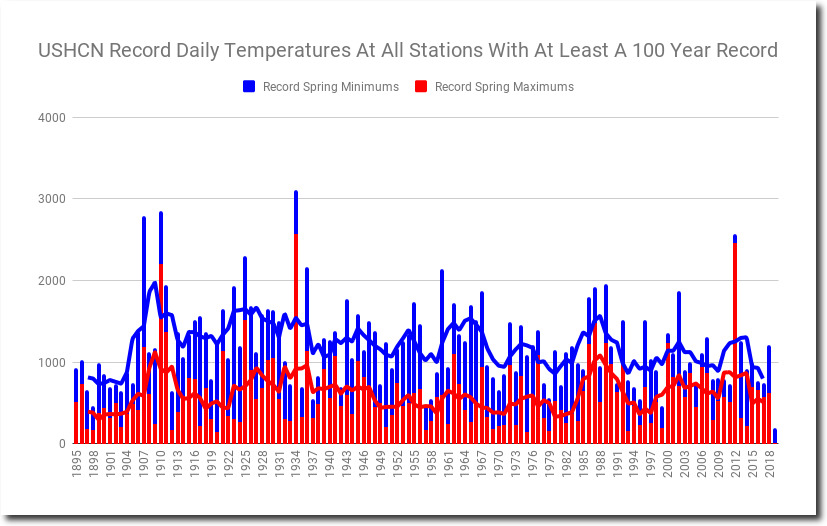 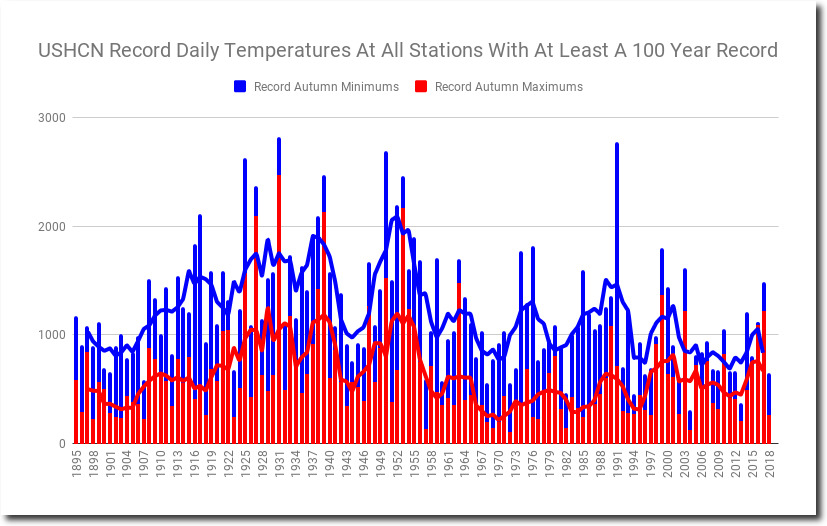 It is true that the number of record cold days has declined faster than the number of record hot days, but the only meaningful conclusion which can be reached is that the US is becoming milder – with both less extreme heat and cold. The AP and NOAA are intentionally deceiving the public, just like they always do.

8 Responses to Latest Big Lie From The Climate Industrial Complex