GHCN-Unadjusted is the raw data as reported by the weather station. This next graph overlays the V4 data on the V2 data (blue.)  You can see how they cooled the past and warmed the present in the V4 “unadjusted” data, in order to make the cooling go away. The next graph shows how NASA has altered the raw data.  For some reason, the data file for V4 only goes from 1961 to 2010.  I have no idea why that is, but you can see the spectacular data tampering NASA is doing. 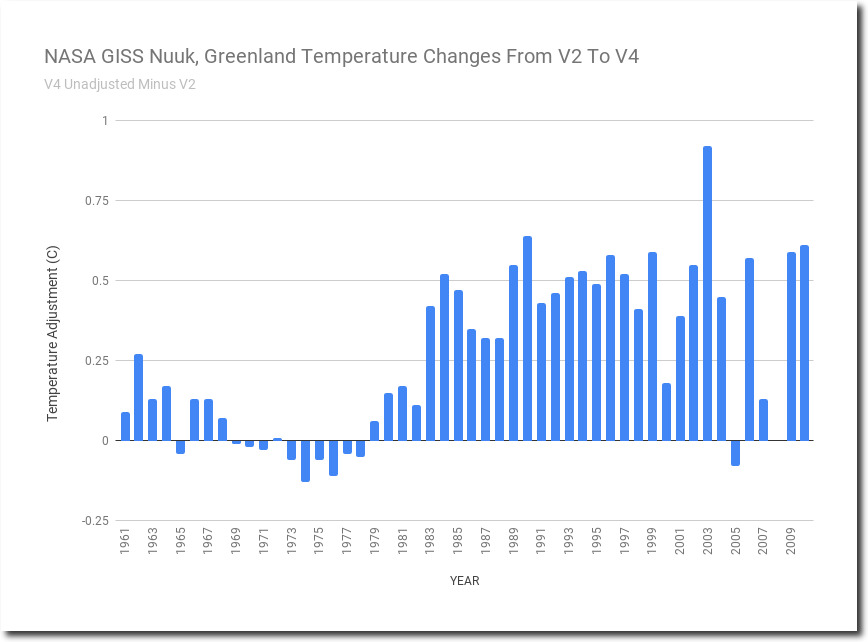 This is the first time I have seen NASA or NOAA tampering with raw data.  They seem to be entering a whole new realm of scientific fraud.  This is new with V4. The V3 version below was still accurate. They also don’t know where the station is any more, and have deep sixed it into the ocean. Along with their integrity. 25 Responses to NASA Now Tampering With Raw Data Too