The New York City Heat Island warms temperatures by as much as 8C (15F) relative to surrounding areas. NOAA corrupts the data by cooling the past, which is the exact opposite of what the correct adjustment would be.  The appropriate adjustment for an expanding urban heat island would be to cool recent years. 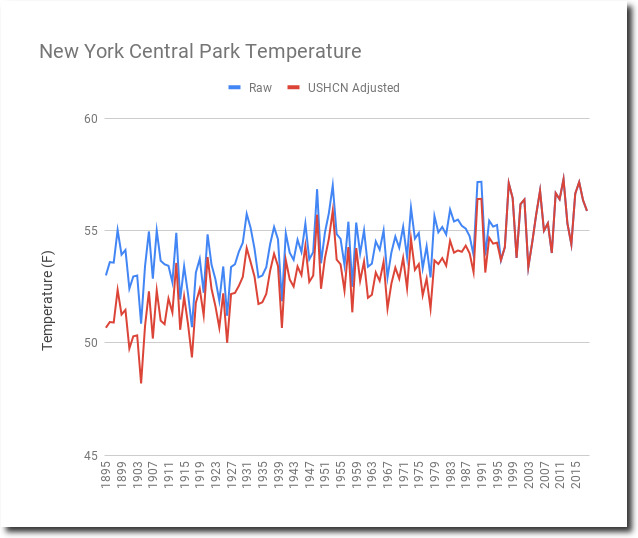 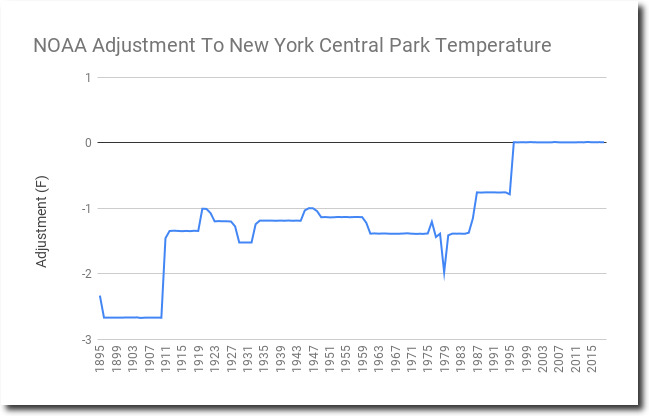 One of New York’s worst heatwaves occurred in 1896.

That was also the year of Australia’s worst heatwave.

It was also hot in Europe that summer.

The 1901 heatwave in New York also killed hundreds of people.