In 1940, scientists blamed the rise of Hitler on global warming. 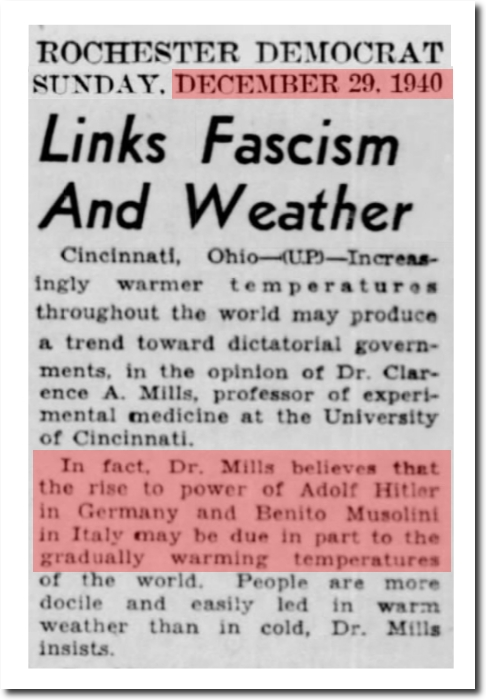 But no worries, they later erased the 1940s warmth – presumably making Hitler disappear.

18 Responses to Scientists Created Hitler, And Later Erased Him