Greenland is baking, too. In fact, its summer melt season has already begun — more than a month ahead of schedule. It is currently -32C in the interior of Greenland. It has been very cold there. There has been close to zero melt in Greenland this year.

Temperatures are dropping rapidly in Greenland, with last year being the coldest year since 1989. Last summer was the third coolest on record in Greenland, with only 7% of days last year above 50F.  Yet climate experts continue to claim that Greenland is melting down. Last summer Danmarkshavn, Greenland never got above 51 degrees.  Their coolest summer since 1983, when skies were obscured by dust from the eruption of El Chichon. 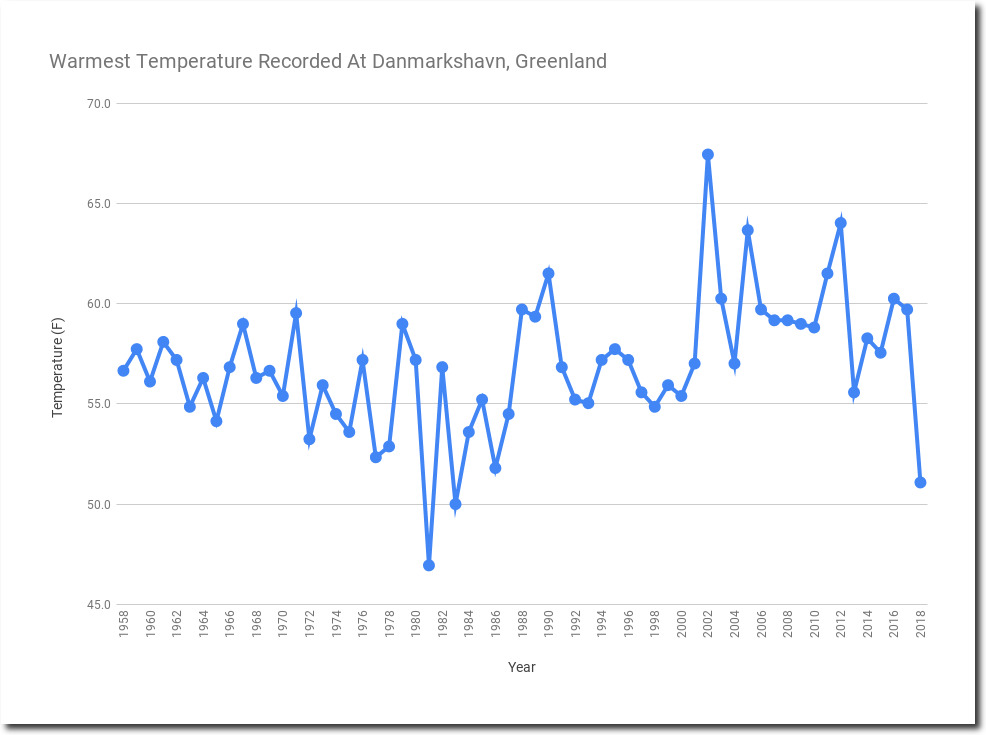 Greenland has gained near record amounts of ice over the last two years. But eighty years ago, Greenland’s glaciers were rapidly melting and facing “catastrophic collapse.”

The Capital Weather Gang doesn’t seem to do a lot of fact checking. They apparently parrot any alarmist BS they get told by academics.

35 Responses to More Spectacular BS From The Washington Post