Rewriting The Past At The NOAA Ministry Of Truth

Analysis of warming since 1881 shows most of the increase in global temperature happened before 1919 – before the more re-cent sharp rise in the amount of carbon dioxide in the atmosphere. said Thomas Karl, of the National Oceanic and Atmospheric Adminis-tration’s National Climatic Data Center in Asheville, N.C. While global climate warmed overall since 1881, it actually cooled from 1921 to 1979. Karl said. 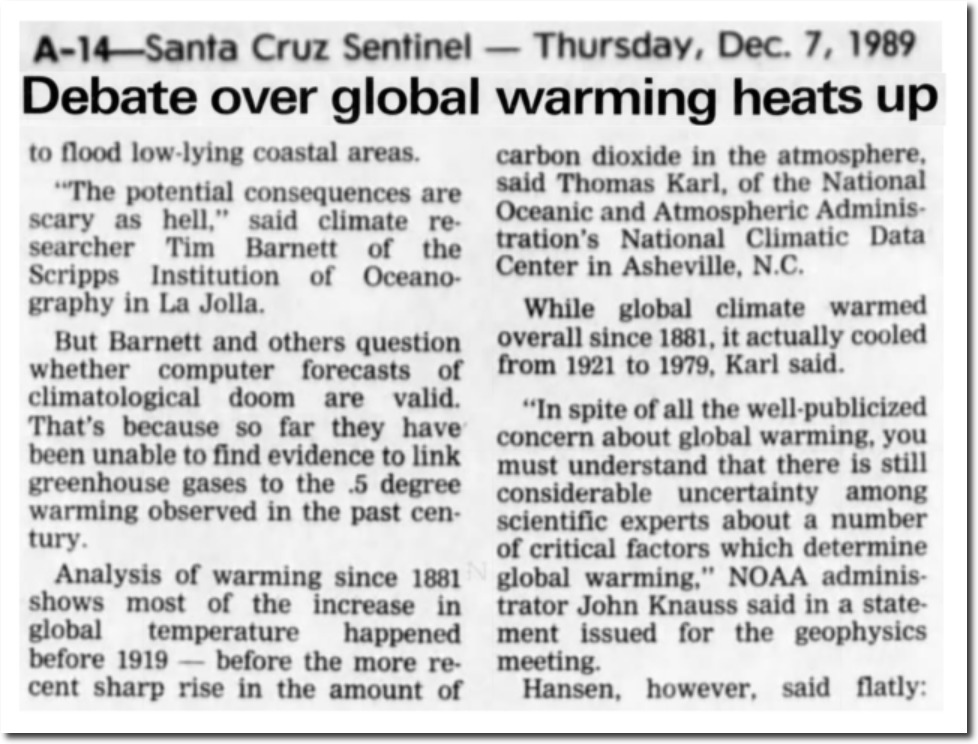 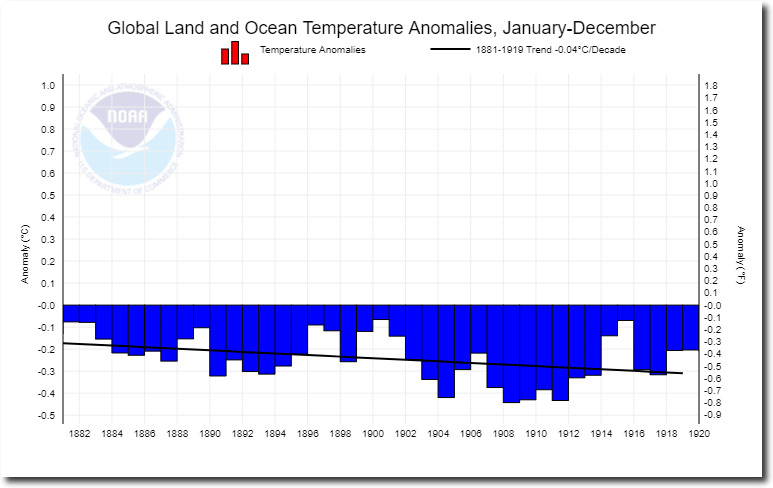 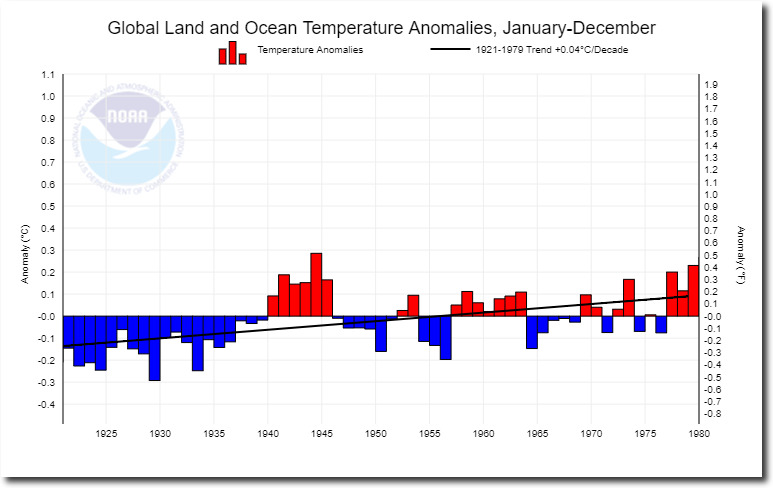