Six Months Until The End Of Snow In Australia 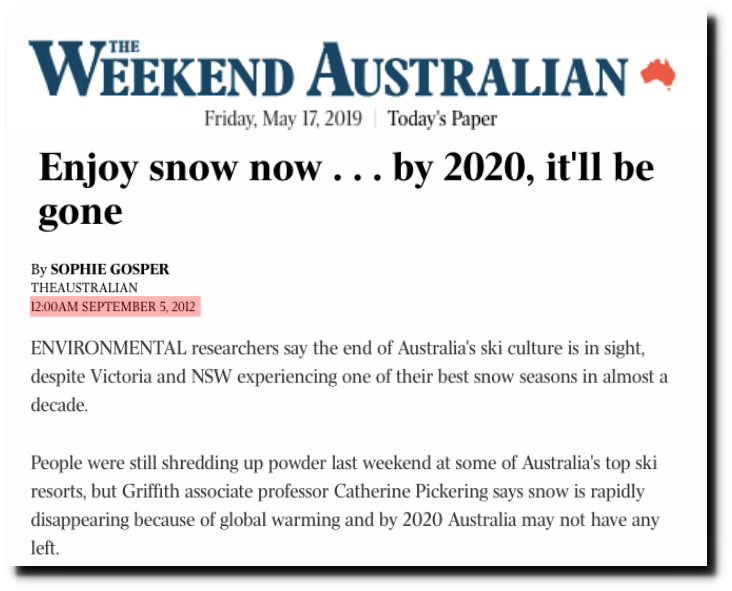 Australia is also eleven years into their permanent drought.

Similarly, the UK is seven years into their permanent drought. And they had their last snow almost 20 years ago.

Britain will also be a Siberian climate by next year, and global civilization will be destroyed.