The Nobel Prize In Economic Ignorance 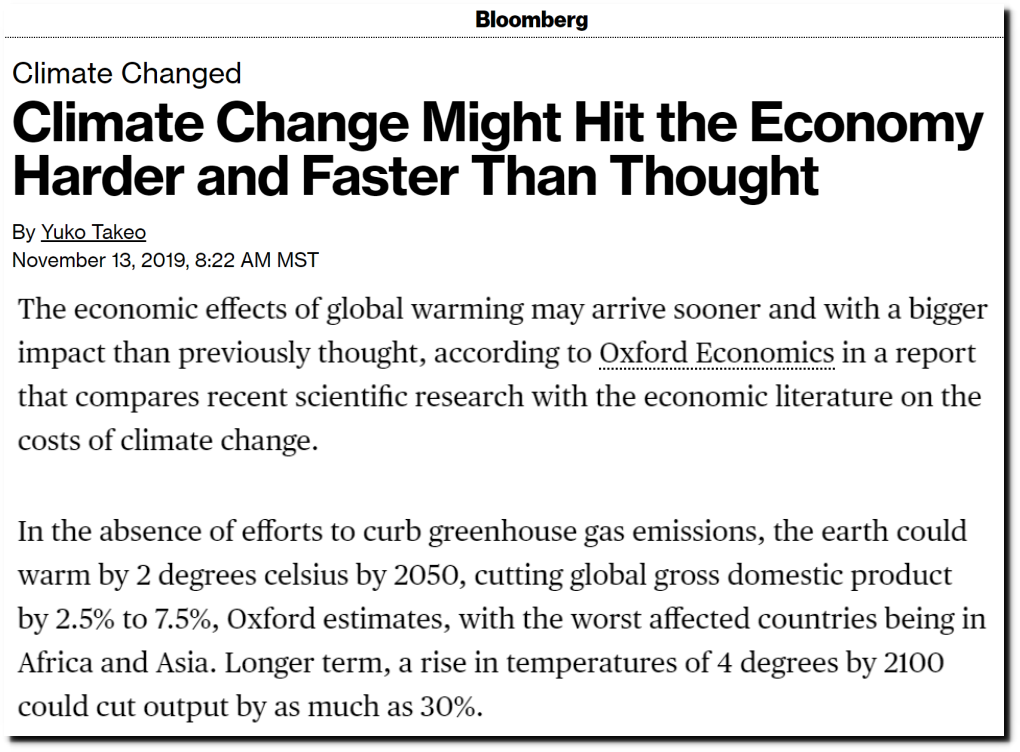 Last year’s Nobel Prize in Economics was given out for the same idea. William Nordhaus said greenhouse gas emissions would lower corn yields. Now let’s compare these claims vs. reality, by looking at data from Oxford University’s “Our World in Data” web site. CO2 emissions have gone way up since 1950. And so have crop yields. Crop Yields – Our World in Data

The relationship between corn yields and CO2 emissions is very close. GDP has risen as CO2 emissions have increased. GDP per capita – Our World in Data

Poverty has plummeted as CO2 has risen. Nobel Laureate William Nordhaus got everything exactly backwards, just like most of the rest of the population – who have been subject to non-stop brainwashing about CO2 and climate for decades.

The (mis)perceptions about poverty trends Misperception in the UK Despite the clear evidence, many people are not aware of the fact that extreme poverty is declining across the world.

While the share of extremely poor people has fallen faster than ever before in history over the last 30 years, the majority of people in the UK thinks that the opposite has happened, and that poverty has increased.

The extent of ignorance in the UK is particularly bad if we take into account that the shown result corresponds to a population with a university degree. See the Gapminder Ignorance Project for more evidence. Not only in the UK are many wrongly informed about how poverty is changing globally. Across a large number of countries, the majority of people – 52% – believe that the share of people in extreme poverty is rising.

One of the greatest scientists in the world is Arrhenius of Sweden. He is a chemist and physicist, and has studied this matter. He shows that this proportion of carbon dioxide in the air will make the climate warmer, by acting like the glass roof of a greenhouse. With the carbon dioxide increased from two and one-half to three times, the temperature of the whole world will be raised 3 to 9 degrees centigrade—and Greenland will have a good climate for farming. All the good soil of Canada will be in as temperate a climate as that now enjoyed by Missouri. Corn will be grown in the Peace River Valley. Oranges will be an orchard fruit in Arkansas and Virginia. The suburban residents of Chicago may literally sit under their own fig trees and seuppernong grape arbors. Cotton will be a stable crop in Iowa. Bananas will fringe the shores of the Gulf. Siberia will become the greatest farming country in the world. 9 Responses to The Nobel Prize In Economic Ignorance