A Clear Signal Of Climate Fraud

“The most effective way to destroy people is to deny and obliterate their own understanding of their history.”

For the past 130 years, Colorado’s official record maximum temperature was 118 degrees on July 18, 1888 at Bennett. 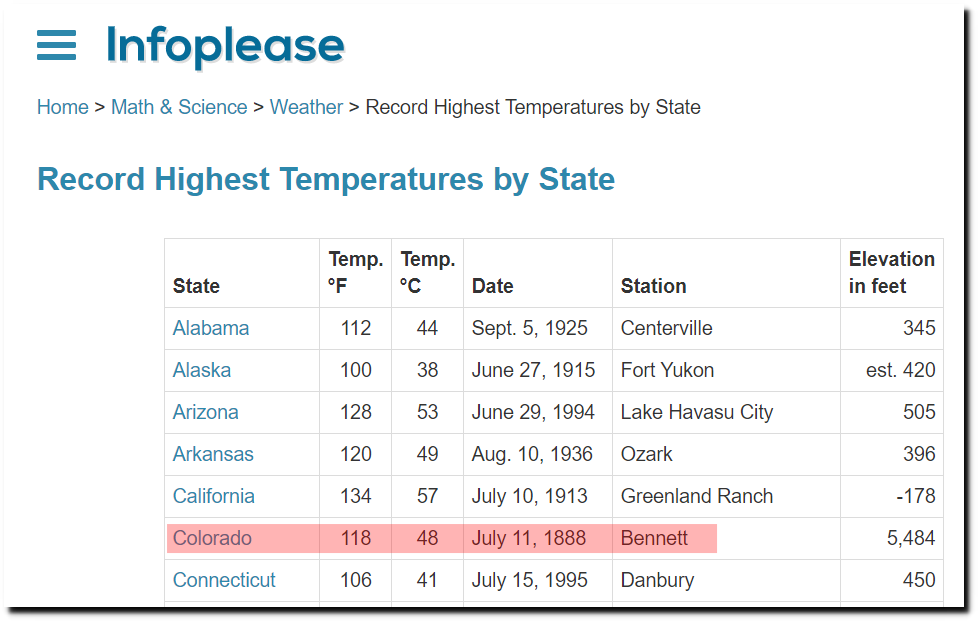 The state climatologist has erased that, and replaced it with a 115 degree reading from July 20 this year. He said the weather is a clear signal of climate change. 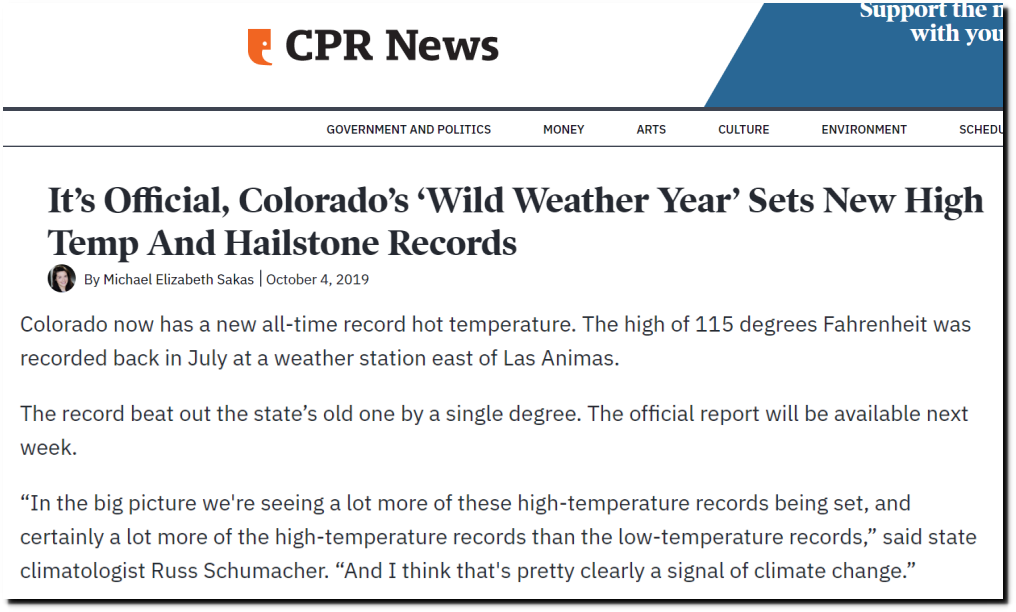 The claim is that John Martin Reservoir, east of Las Animas, Colorado was 115 degrees on July 20, 2019.  The 115 reading does not appear credible, because there is a USHCN station at Las Animas, which recorded only 107 degrees that day. There is no reason to believe the 115 degree reading is legitimate, or that the 1888 record should be erased, but climate alarmists know they can rewrite history with impunity – because no one in the press will dare question the climate religion. They now take perfectly ordinary weather events, and turn them into all-time records.

12 Responses to A Clear Signal Of Climate Fraud