During October, President Trump said that Biden planned to end fracking.  The usual criminals in the “fact checking” business weighed in and said it was a false claim. 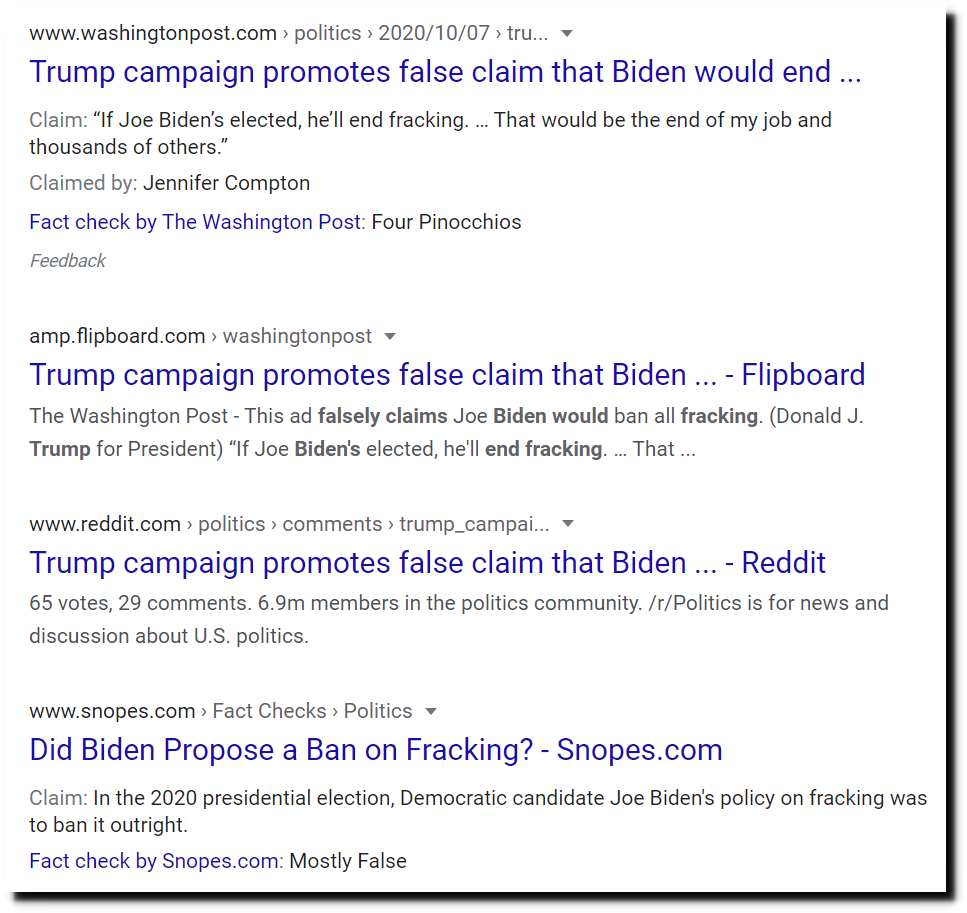 “Joe Biden will not ban fracking. That is a fact” And on the first day of the Biden administration, they said they were implementing  a fracking ban Biden Administration: Yes, We Are Following Through With a Fracking Ban by Katie Pavlich