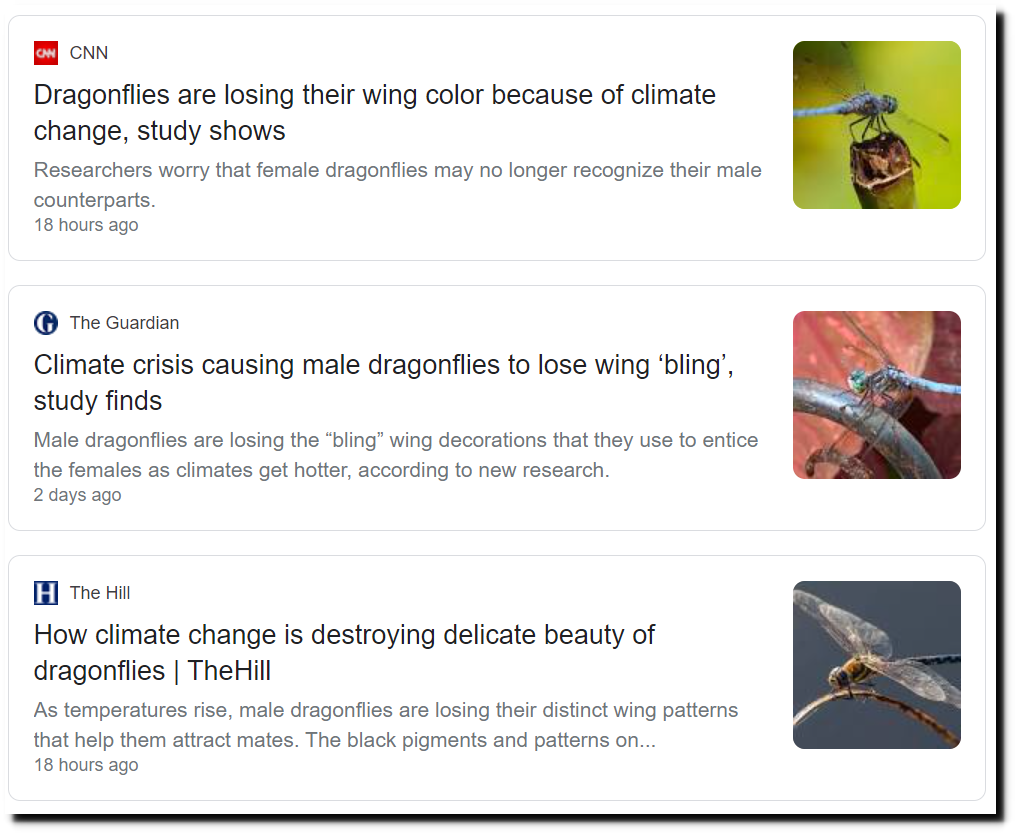 I photograph a lot of dragonflies, and see no evidence that their claim about dragonfly wings is true. And even if it were true, there is no basis for claiming it is due to global warming. Dragonflies have been around for 300 million years and most of that time temperature and CO2 levels were much higher than now. 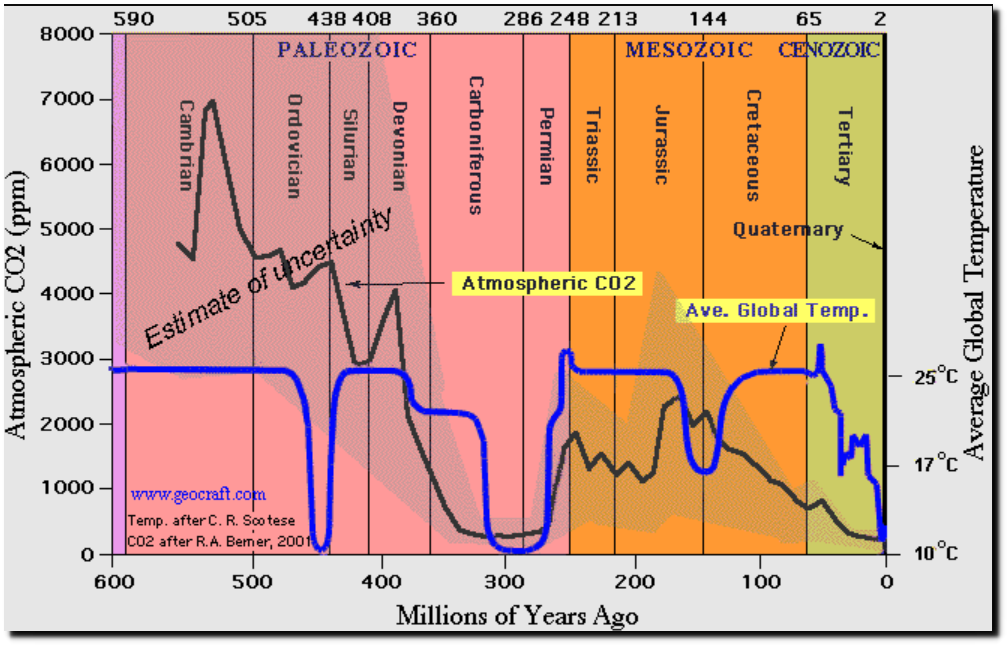 Dragonflies thrive in a huge range of climates from the tropics to the Arctic, and some migrate thousands of miles. The majority of the claimed global warming is during the Arctic winter. How would that affect dragonflies? Before data tampering by government agencies, US afternoon temperatures have cooled over the last century, not warmed. If dragonflies are changing in the US it is not due to warming. The authors are located in Missouri, where temperatures have plummeted over the past century. LAND OF THE DEAD: THE MAGNIFICENT, GIANT (AND UNFORTUNATELY EXTINCT) GRIFFENFLIES, BOTH EARTHLY AND EXTRADIMENSIONAL

Most people who have been to a natural history museum are aware of the fact that giant dragonflies thrived in warm climates from the past. Everything is wrong about this story. It has no basis in fact, yet the press runs with it without doing any fact checking or seeking out sensible opinions from actual scientists.