Posted on November 4, 2015 by tonyheller 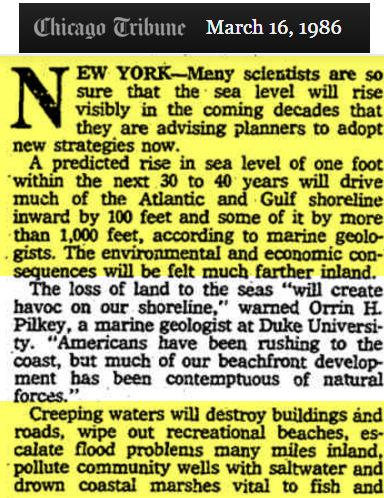 In 1986, scientists were “sure” that sea level would rise one foot on the East Coast in 30-40 years, and destroy beaches and buildings, receding shorelines by 1,000 feet.

So how did they do? There has been less than three inches of apparent sea level rise, most of which is due to land subsidence rather than actual sea level rise.

People are so worried about sea level rise in Florida, they are paying $125 million for beachfront homes.

Climate scientists have demonstrated repeatedly that they are completely incompetent buffoons. They have no idea what they are talking about, and have no business being involved in government, or being quoted by the press.