On September 5, 1972 – Islamic terrorists took over the Munich Olympics and murdered the Israeli wrestling team. 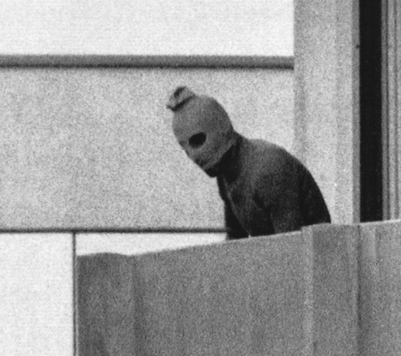 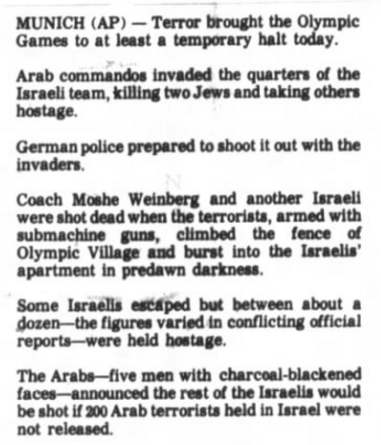 One week later, Britain’s top climate expert announced that a new ice age was in progress. 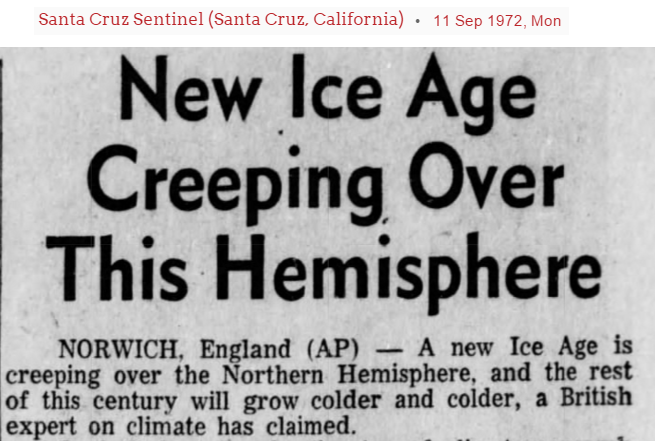 The CIA warned that global cooling would bring drought, famine and political unrest.

Yasser Arafat was later given the Nobel Peace Prize for organizing the massacre of Jews.