Posted on November 6, 2015 by tonyheller

Had Exxon’s leadership been using their brains, they would have financed skeptical scientists who had been cut off Al Gore. Instead they fed the green crocodile and are now its next intended meal. They could have established a large body of evidence that government climatologists are political hacks, not scientists.

But the good news is that I have done their job for them. In the 1970’s, our top government climatologists were worried about global cooling, not global warming. 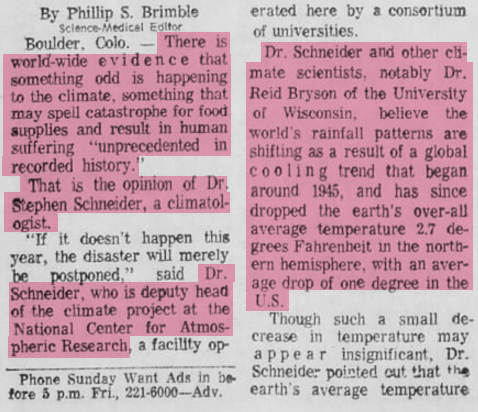 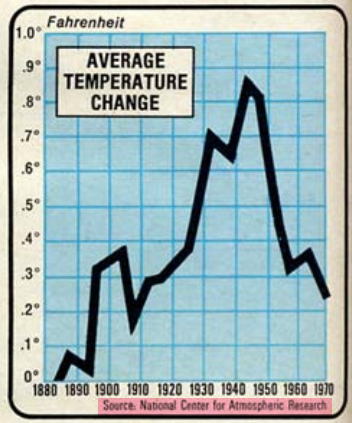 After the PDO shift in 1976, they began to detect warming and started shifting to the global cooling bandwagon but there was no agreement. Schneider said :

This is a game of values, not so much a game of science…. science can not give certain answers about the future. 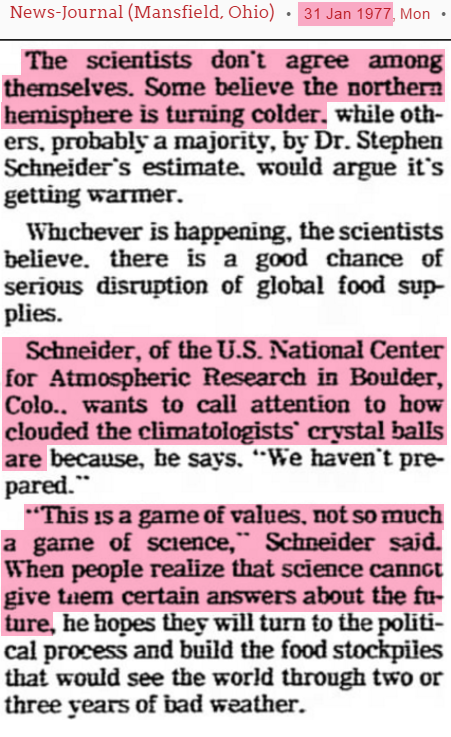 MIT professor Jule Charney summed it up quite succinctly.

I don’t think we can predict climate now, and I wouldn’t trust anyone who said he could…. Anyone who says he can tell you more than a few days in advance what the weather is going to be, is practicing necromancy. 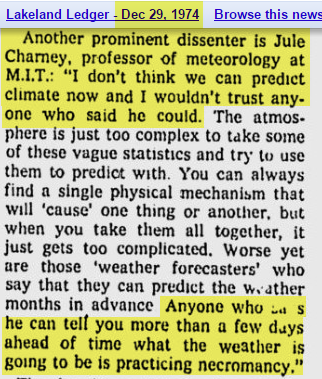 There is overwhelming evidence that government funded climate scientists are incompetent political hacks who tamper with data to jack up their failed theories. Exxon needs to pull themselves together and mount an aggressive defense.

11 Responses to Exxon : Feeding The Crocodile