Climate scientists have just discovered that ice doesn’t melt at -30C, but somehow will still cause sea level to rise as it doesn’t melt. 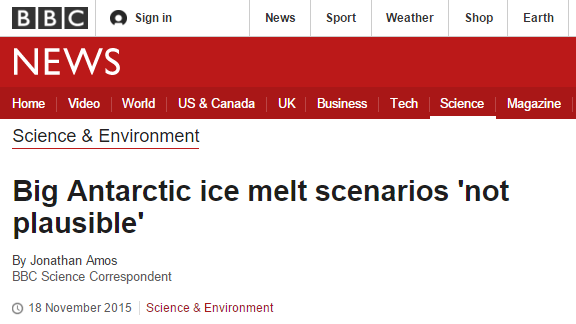 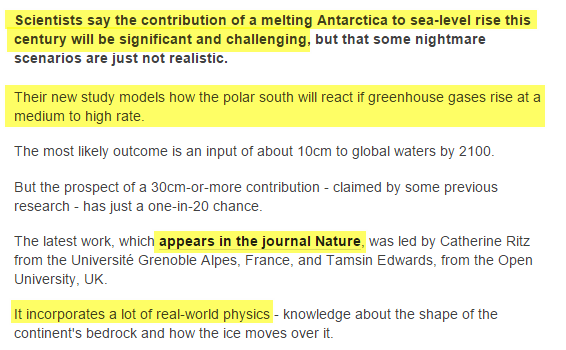 This is a brilliant physics discovery by the stupidest profession which ever existed, but they are still having some math difficulties. Last month they said that Antarctica is gaining ice and reducing sea level.

They also seem to be having some rather serious modeling problems, as their models missed the minor detail that Antarctica has cooled as CO2 increased almost 25% since 1979. 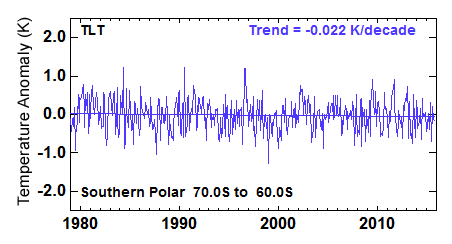 Even fraudster in chief Gavin Schmidt knows that Antarctica is cooling.

Antarctic sea ice has steadily increased since 1979, as a result of the cooling temperatures. 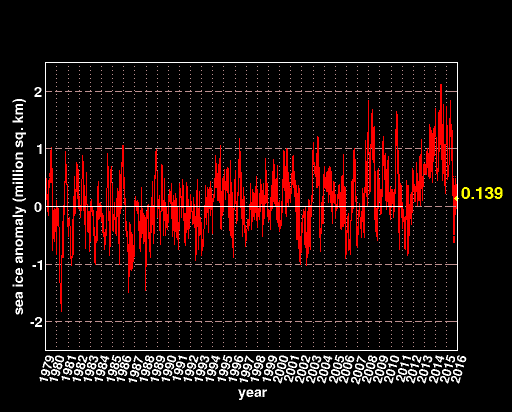 Every legitimate indication is that Antarctica is cooling, gaining ice and reducing sea level. The 2007 IPCC report projected that Antarctic ice gain would reduce sea level during the 21st century.

Fraudsters like James Hansen who predict large amounts of sea level rise are not basing it on any science.  But their claims are an essential part of the biggest scam in history,