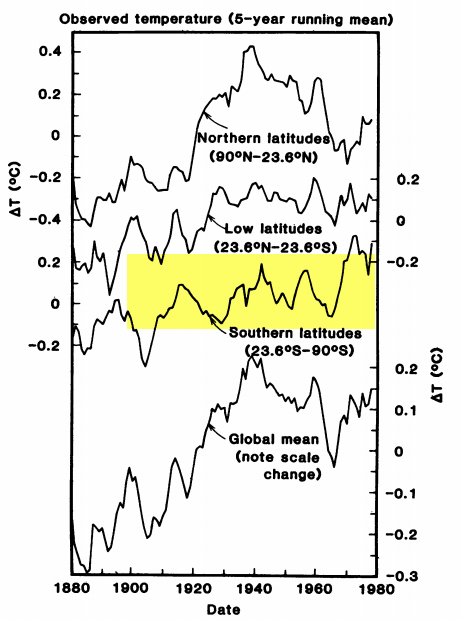 The next image overlays the two graphs at the same scale. Note how Gavin Schmidt massively cooled the past, to increase Southern Hemisphere warming. 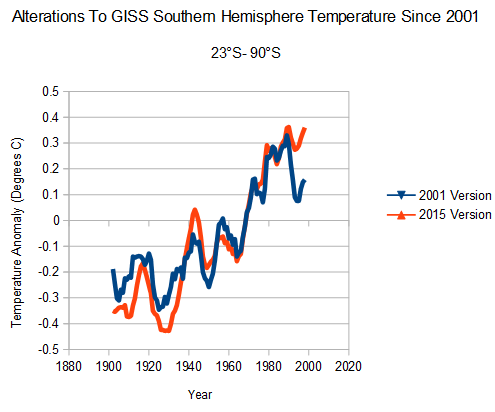 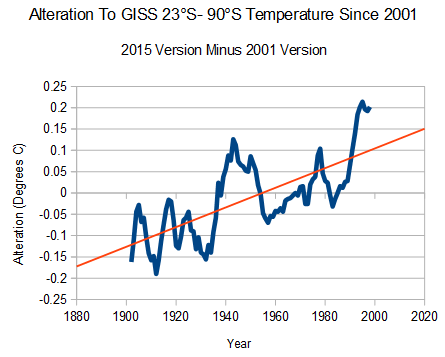 This might be considered surprising, because Gavin knows that Antarctica cooled significantly during that period.

While most of the Earth warmed rapidly during recent decades, surface temperatures decreased significantly over most of Antarctica.

NASA temperature graphs have little or nothing to  do with the actual temperature of the earth. They are simply propaganda tools for the White House. Gavin will argue that the addition of fake historical ocean temperatures altered the trend, but buffering by the thermal mass of the oceans would have the opposite effect of reducing warming – not increasing it.

1 Response to NASA Has More Than Doubled Southern Hemisphere Warming