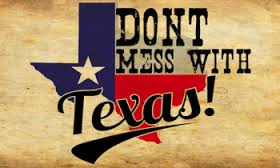 With No End in Sight for Texas Drought, ABC News Explains: “Every Farmer in the World Will Be Affected by Climate Change” | ThinkProgress

Had Katharine actually looked at the data for Lubbock, she would have known that there has been no change in the number of 100 degree days, that they occurred more frequently prior to 1960, and that 2011 was an outlier – not a trend. This year was one of very few with no 100 degree days. 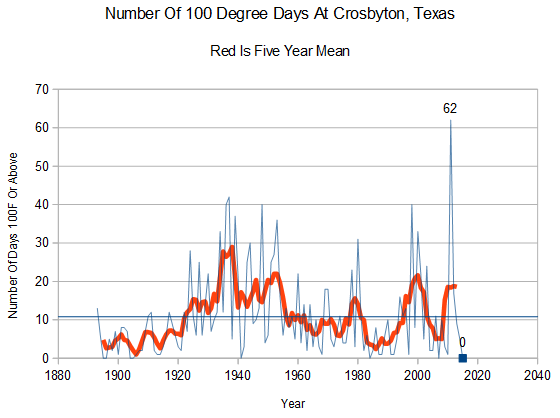 Her map (and apparently her thought process) appears to have no basis in science. She simply saw a hot/dry summer as an excuse to do some of her trademark fear mongering.

Andrew Dessler of Texas A&M also threw his Texas sized hat into the stupid ring that summer, saying that Texas would be hot and dry for the rest of the century.

And a few months ago, Hayhoe was again fear-mongering about drought in west Texas

True to form, West Texas is now the most abnormally wet place in the United States.

These people have no idea what they are talking about, but profit greatly from spreading mindless climate nonsense. What they are doing is nothing new however. The US Weather Bureau warned bout people like Hayhoe, Dessler and Romm over a century ago.

it is the misuse of meteorological data …. that constitutes a crime against the community