Record Crushing Fraud From NOAA And NASA Ahead Of Paris

Gavin and Tom delivered their fraud right on schedule ahead of Paris, just as I predicted they would. They claim that October had the highest temperature anomaly ever recorded for any month. 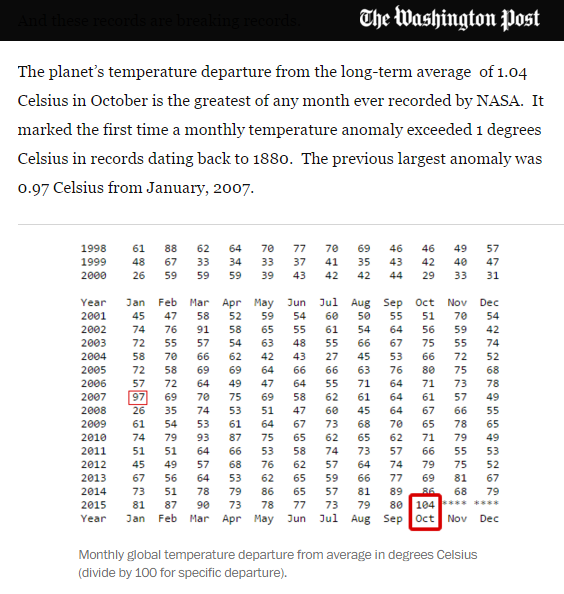 Somehow, they managed to calculate Earth’s temperature within 0.01 degrees – even though they had no temperature data for about half of the land surface, including none in Greenland and very little in Africa or Antarctica.

This kind of mind-blowing malfeasance would get them fired and probably escorted out of the building by security at many engineering companies.

Satellites cover almost the entire planet several times a day, and they showed that October had only the 25th highest monthly anomaly, and that the first ten months of 1998 all had a higher anomaly than October 2015. 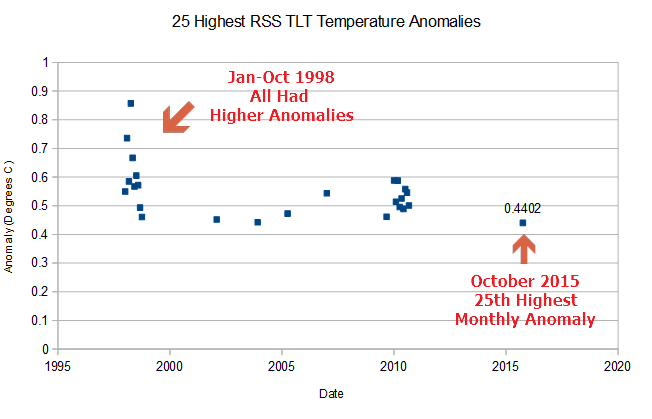 Not only do NASA and NOAA make up fake data for much of the planet, but they massively tamper with their existing data, like this station in Siberia where they have cooled the past nearly two degrees C since 2012 – and now claim that it is two degrees C above normal.

The graph below shows the magnitude of their data tampering since 2012. 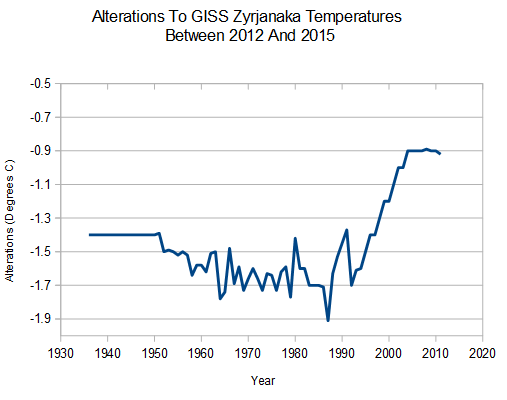 By tampering with the station baseline, they created the large anomalies. Then they double down their fraud by smearing their bogus anomalies across 1200 km of missing data. This is needed to create their required fraudulent record temperature claims ahead of Paris.