The Guardian has specialized in fake climate news for generations, with imminent ice ages being one of their favorite topics. 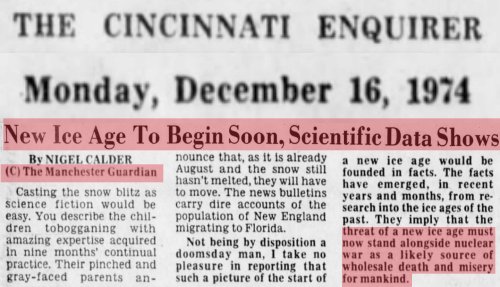