On July 10, 1936 West Virginia reached 112 degrees, Pennsylvania reached 111 degrees, New Jersey 110 degrees and Maryland 109 degrees. Those were the hottest temperatures ever recorded in those states.  Most of the US east of the Rockies was over 100 degrees. Much of Minnesota was over 110 degrees. Atmospheric CO2 was below 310 PPM at the time. The frequency of July 10 hot weather has plummeted in the US over the last century, and is quite rare now. 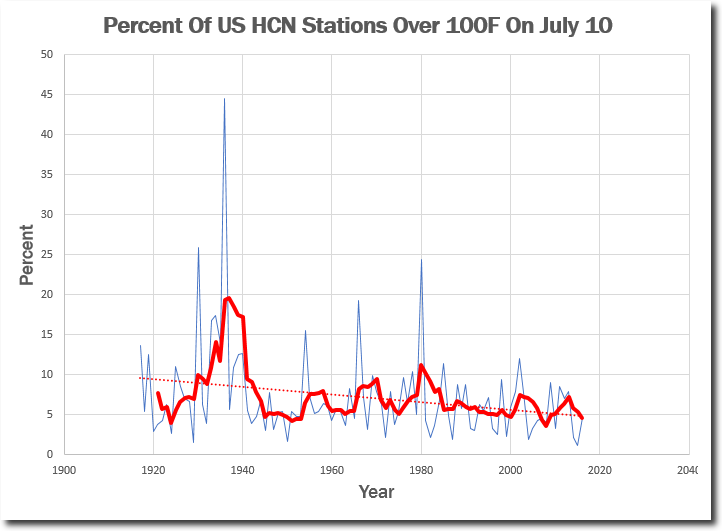 NOAA and the EPA depend on climate scam money for $billions in funding, so they simply lie about heat and generate fraudulent graphs which show the exact opposite of their own underlying data. 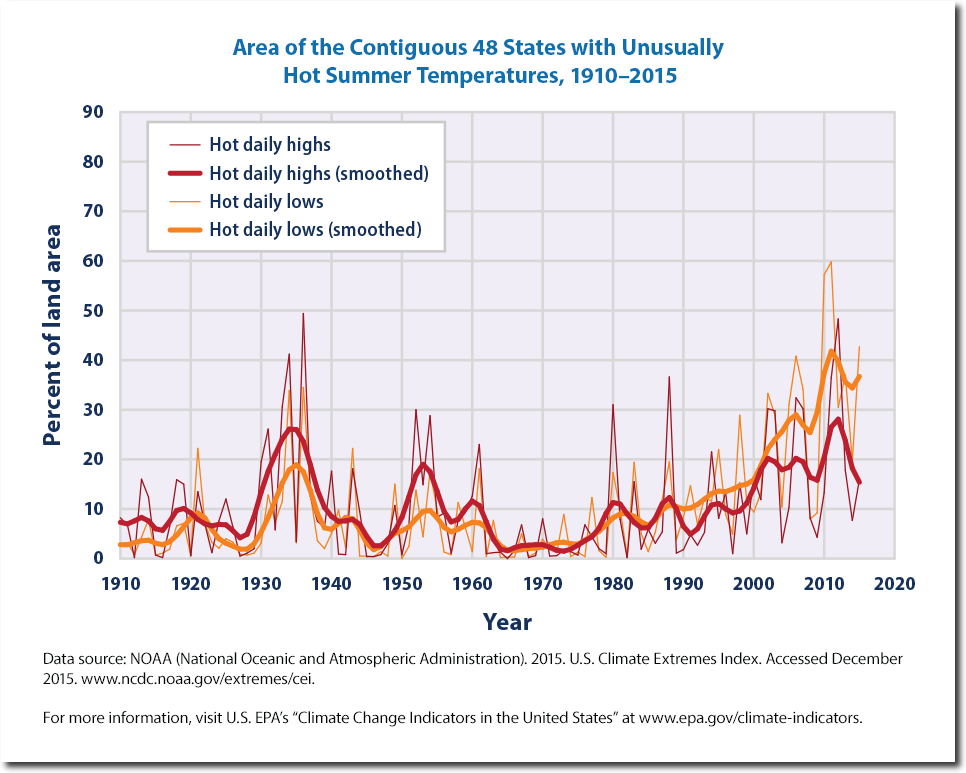