July 20, 1934 was the hottest day in Iowa’s history. Keokuk, Iowa reached 118 degrees. Almost the entire country was over 90 degrees, almost half was over 100 degrees, and a large section of the Midwest was over 110 degrees. It was also the hottest day on record outside Omaha, Nebraska – where temperatures reached 116 degrees. Since then, peak summer maximum temperatures have plummeted.

The average maximum temperature that day across the US was 95 degrees, six degrees hotter than last year, which NOAA says was the hottest year on record. Eighty percent of the US was in drought. 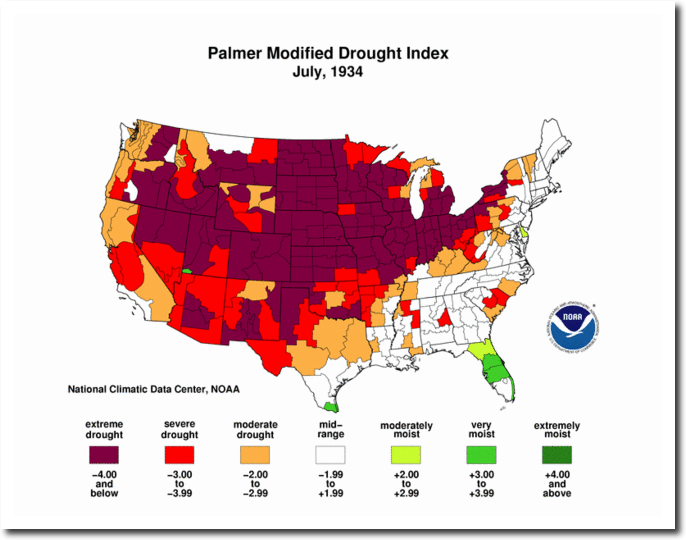 The US simply doesn’t get hot weather like that any more. Climate alarmists now get hysterical about a hot day in Arizona, which happens every June. 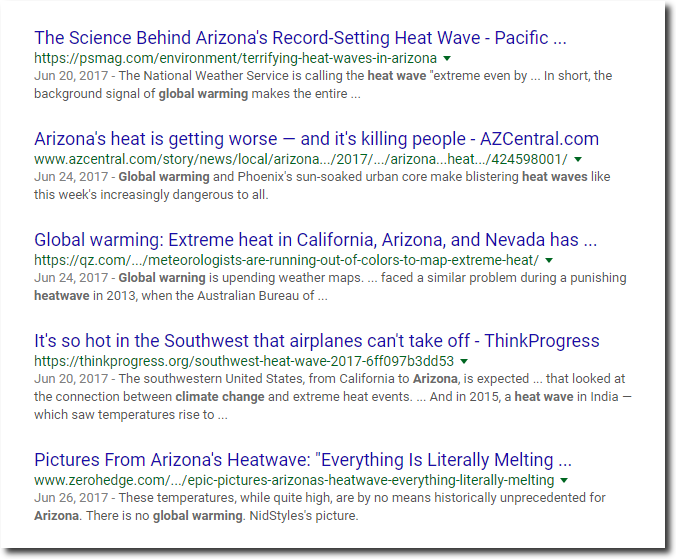 1934 was the hottest year on record in the US. This wrecked global warming theory, so NASA and NOAA simply changed the data to make the heat go away.