Climate alarmists got hysterical a few weeks ago about a forecast high temperature of 121F in Phoenix. It didn’t happen and wouldn’t have been unusual for Arizona anyway. During the July 1901 heatwave, 700 people died from the heat in New York City alone. 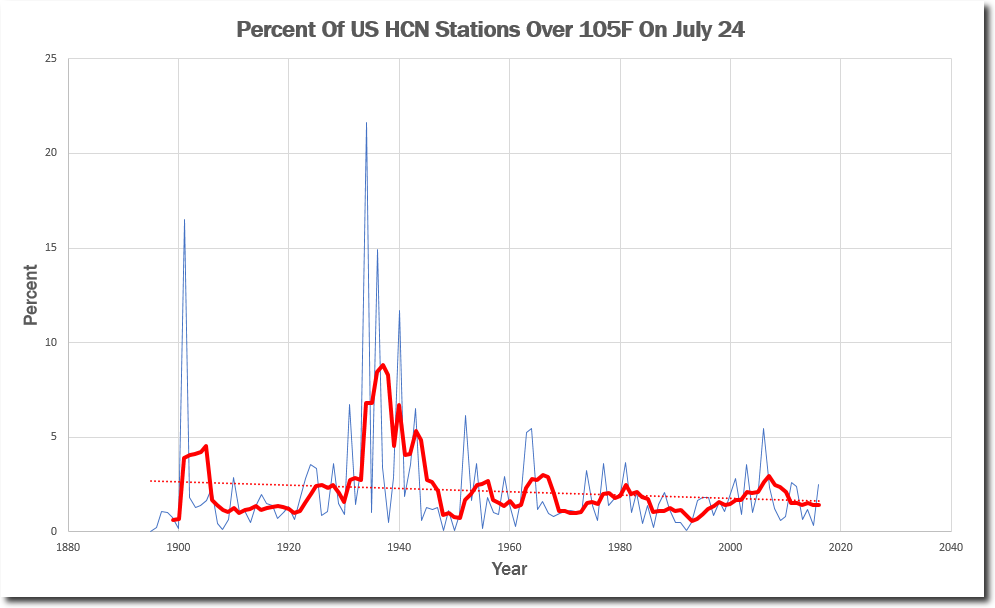 There is zero correlation between hot weather and CO2, but that doesn’t stop the climate mafia from constantly lying about it. 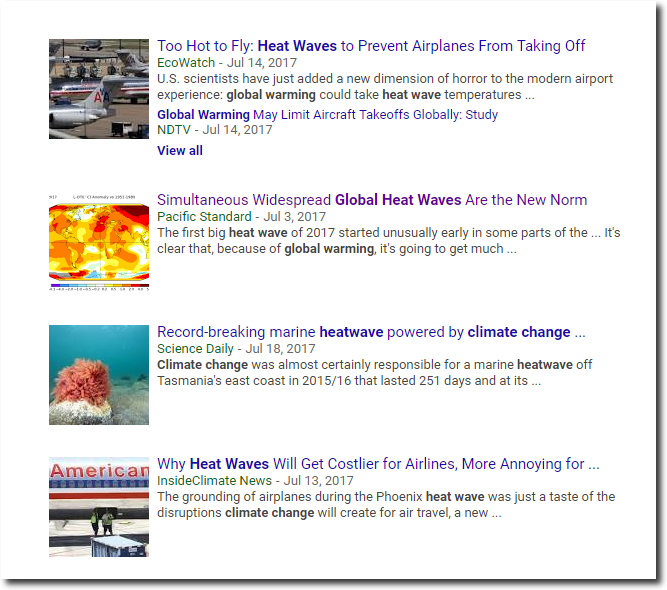 Compare the wildly fraudulent news stories now with the credible news of 1936. In 1936, scientists said the extreme heat of the previous 25 years wasn’t due to farmers or other humans, and wasn’t climate change. 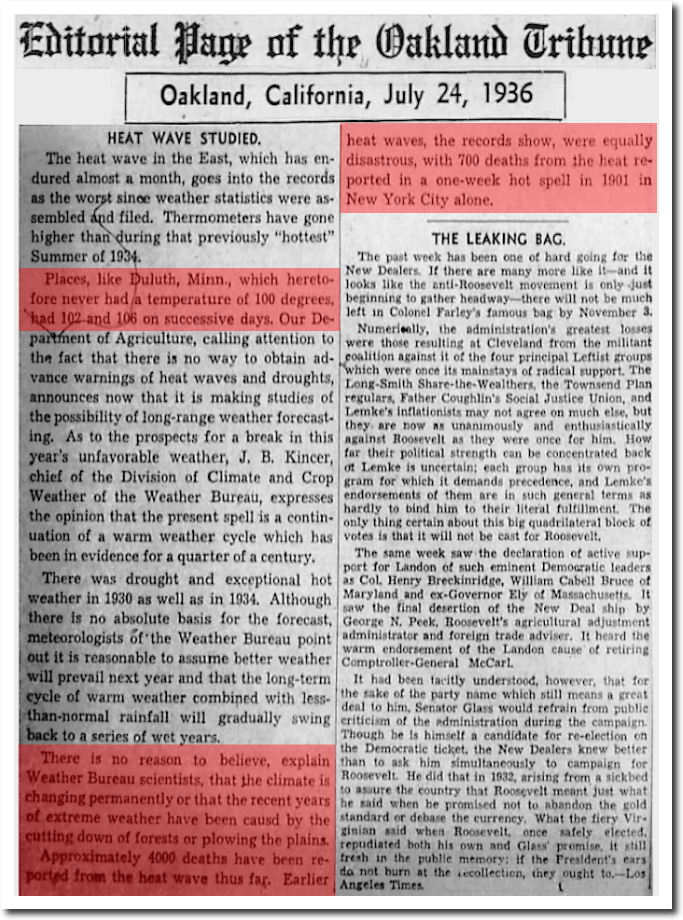 Sadly, the days of honest climate scientists are gone.