My Climate Forecast From Two Years Ago

During March of 2015, I predicted that RSS, under extreme pressure from the climate mafia,  would alter their data to match the fraudulent surface temperature data sets.

This has occurred, exactly as I predicted – and it was announced by surface temperature fraudster Zeke Hausfather, who has no expertise in satellite data. 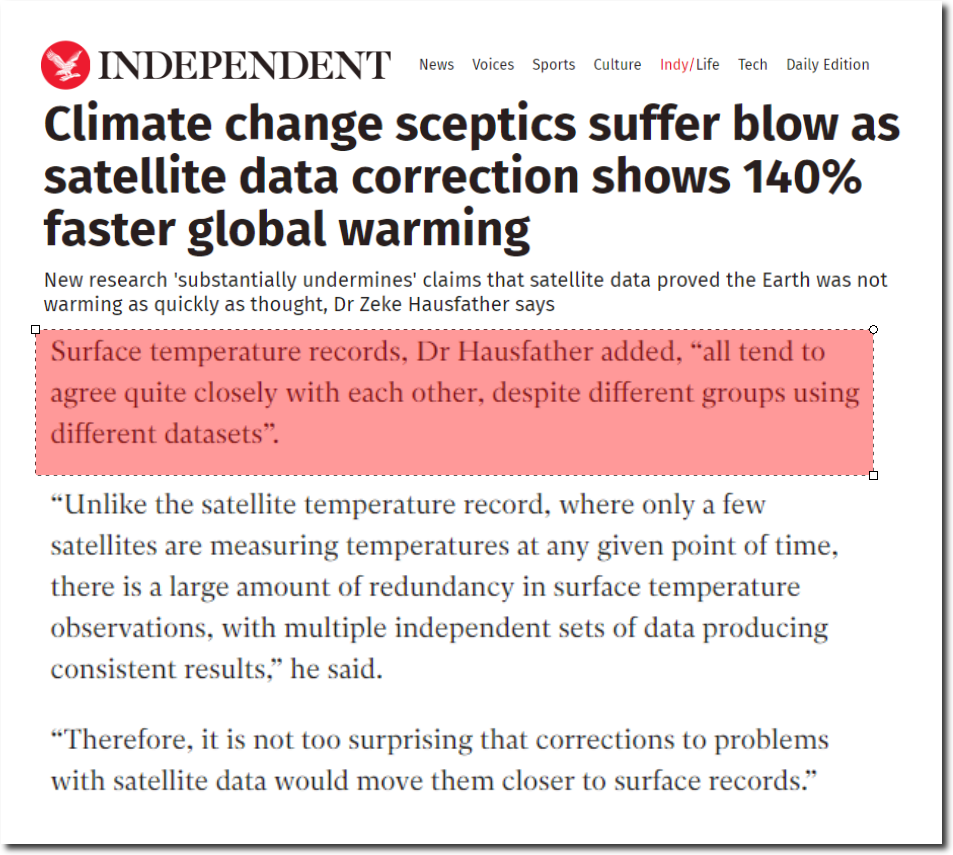 The only two people who were qualified to review this data tampering by RSS, Dr. Roy Spencer and Dr. John Christy, were not consulted and the changes were not submitted for peer review to them.  This is very severe malfeasance, and standard practice for climate scientists. Their job is to push global warming, not do science.

Zeke claimed the data sets are independent, but when called out for fraudulent adjustments by Senator Malcolm Roberts, Gavin Schmidt of NASA stated very clearly last year that the data is from NOAA, not NASA. 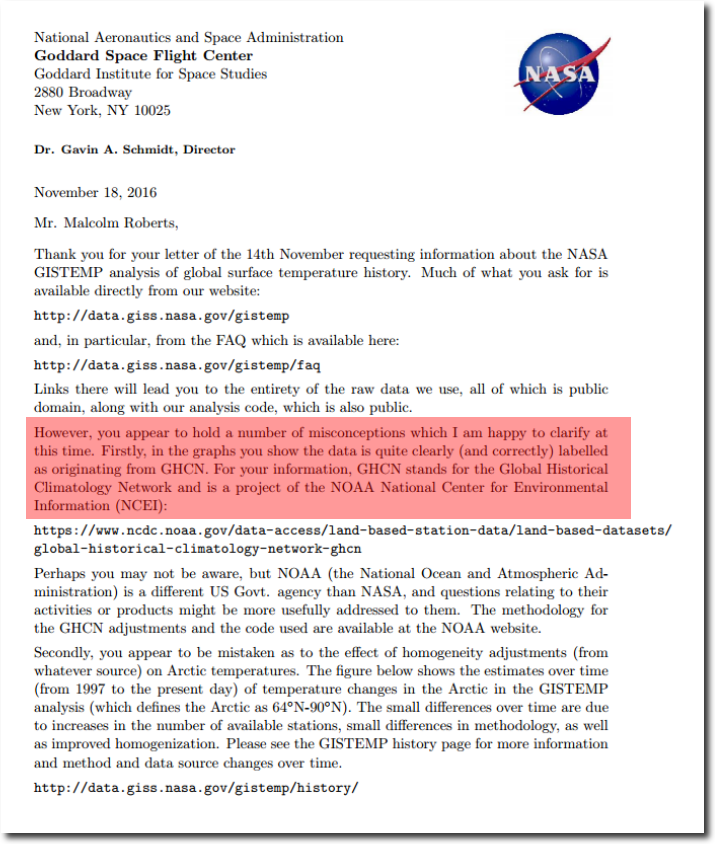 Zeke is lying about data independence. All of the surface data sets use essentially the same base set of low quality and incomplete stations from NOAA. Berkeley Earth adds more even lower quality stations.

Furthermore, NASA data sets don’t even agree with NASA data sets from a few years ago. Via data tampering, NASA has doubled 1880-1999 warming since the year 2000.

In 2009, Phil Jones from CRU admitted that much of his global temperature data is fake.

NOAA has very little temperature data for much of the Earth’s surface, so they simply make temperatures up. For example, in December they claimed record heat in Africa, based on zero thermometer readings.

There were no thermometer readings in the region they claimed record heat. Difficult to imagine how scientific fraud could get any worse than that.

Satellites showed that temperatures in central Africa were close to average in December. 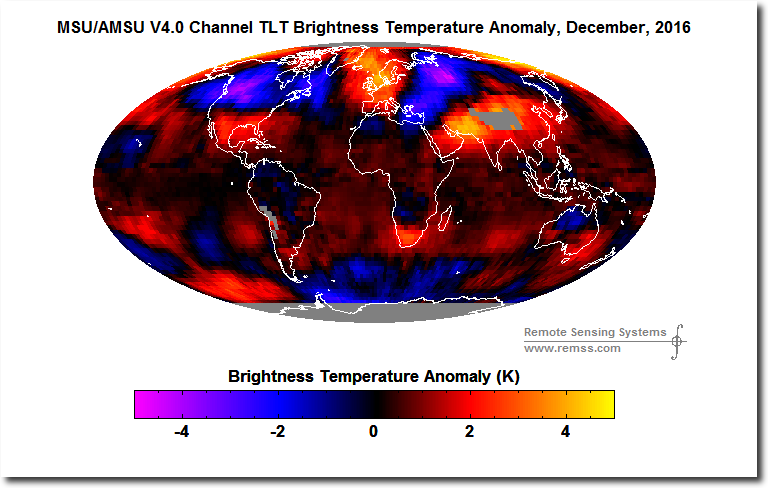 Climate scientists needed to get rid of the satellite data, because it wrecked their multi-billion dollar scam.

Until a few days ago, RSS stated very clearly that measured troposphere temperatures were outside the range of climate models. 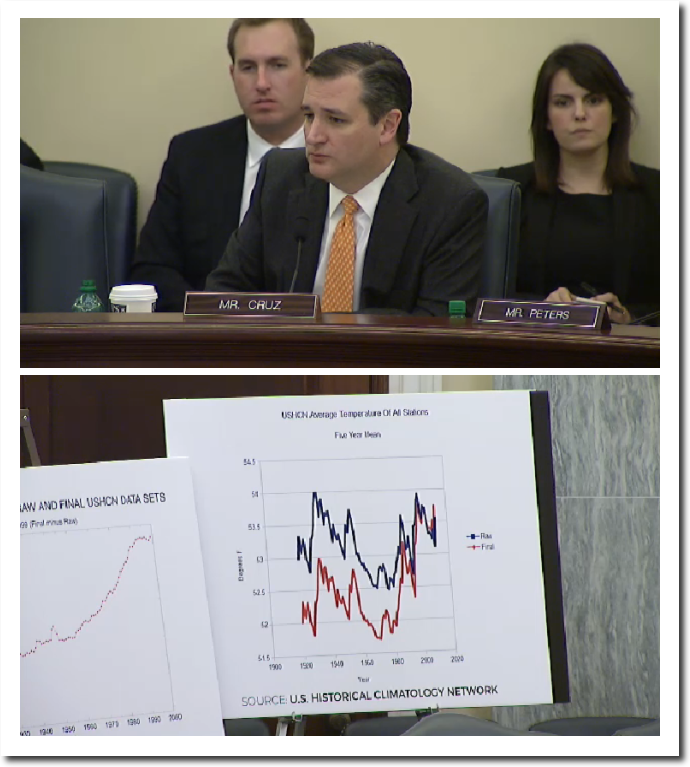 Ever since then, Carl Mears at RSS has been under extreme pressure to corrupt his data and bring it in line with the fraudulent surface temperature data sets. It was inevitable that he would buckle.

24 Responses to My Climate Forecast From Two Years Ago