Prior to 1975, the US was usually very hot on July 1. But for the past 40 years July 1 has generally been a cool day in the US. I used to visit my grandparents in New York during July in the 1960s, and it was always extremely hot. 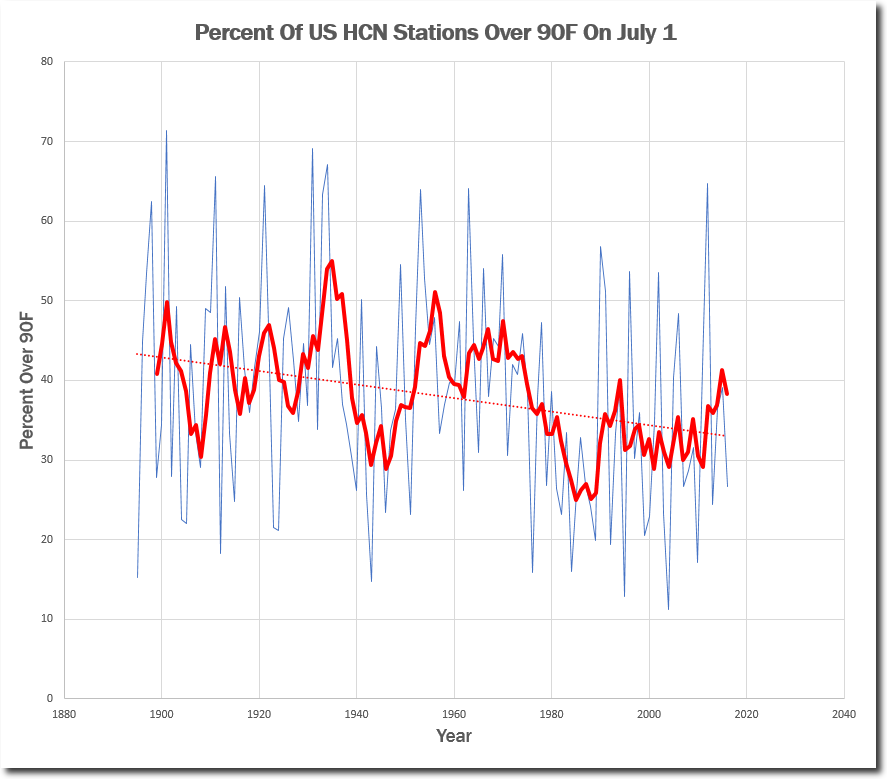 Some notable July 1 heatwaves include 1901, when there were 100 degree temperatures from coast to coast. New York City was 100 degrees. The Washington DC area was over 103 degrees. New Jersey had temperatures over 105 degrees. Experts say that 2016 was the hottest year ever, but it wasn’t hot at all. Climate science is a criminal venture, not a science. Climate scientists claim the exact opposite of what the data shows, and when called out they simply alter the data.

5 Responses to US July 1 Temperatures Plummeting