Plummeting July 27 Temperatures In The US

July 27 temperatures have plummeted in the US over the past century, with the hottest year being 1931, when the average afternoon temperature across the US was 94 degrees. 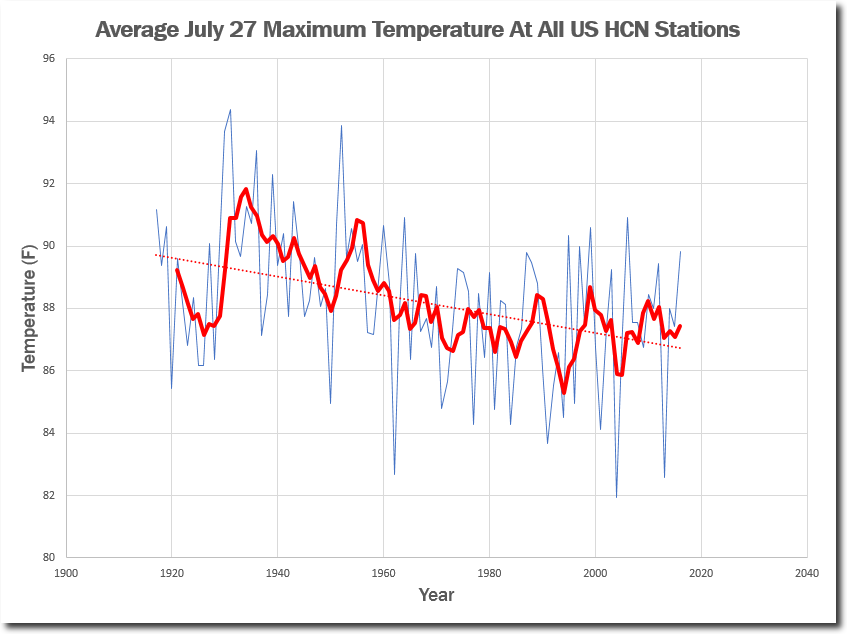 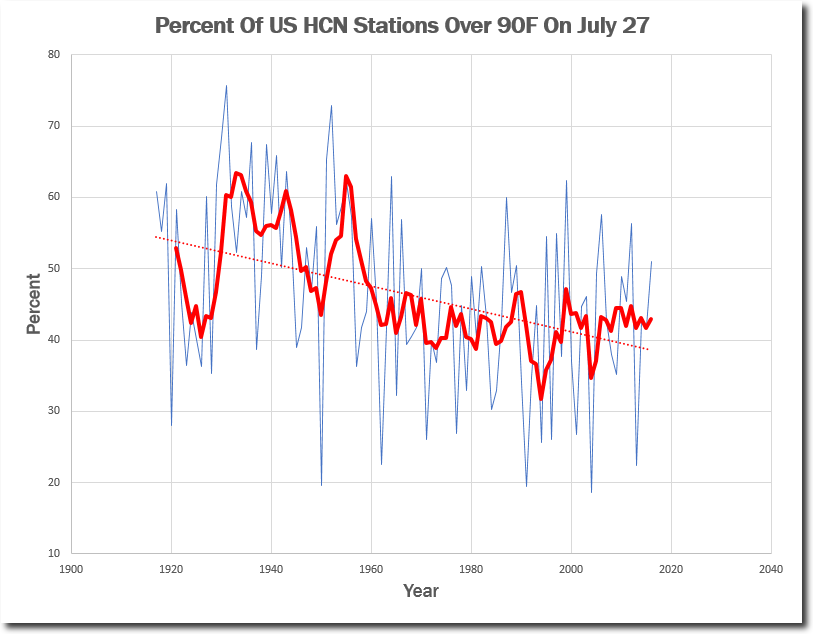 Om July 27, 1931 almost the entire country was over 90 degrees. Most of the west was over 100 degrees, and California, Arizona, Kansas, South Dakota, North Dakota and Idaho were over 110 degrees. That wasn’t Idaho’s hottest day however. On July 27, 1939 Idaho reached 117 degrees, on a day when much of the Pacific Northwest was over 110 degrees.. Temperatures that hot are inconceivable now, forcing climate experts to ramp up their lies.

6 Responses to Plummeting July 27 Temperatures In The US