Plummeting July 28 Temperatures In The US

US July 28 afternoon temperatures have dropped almost two degrees over the past century. 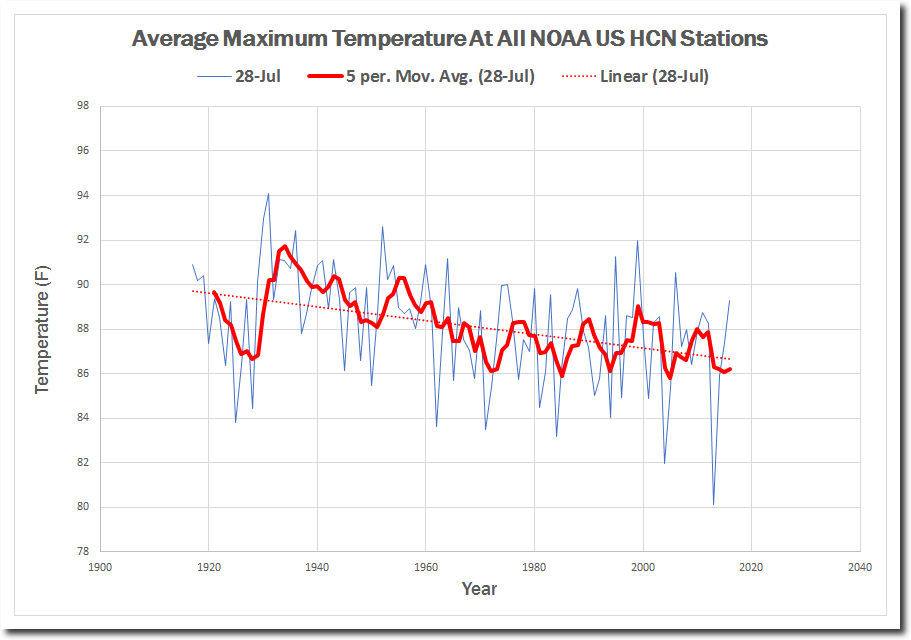 If we had temperatures like that now, climate scientists would be 100% certain it was due to increased CO2 emissions, and would demand immediate world communism.

Alarmists complain that I focus on the US, and the US is only 5% of the Earth’s surface. There is very good reason to focus on the US. About 90% of the useful long-term temperature record is located in the US.  It is impossible to do this sort of analysis in any other large region.

The idea of a global temperature record is a complete farce, because we don’t have long term min/max data over 95% of the planet.

As heatwaves become less common and less severe, criminals known as “climate scientists” and their cohorts in the press continue to lie to the public about heatwaves. 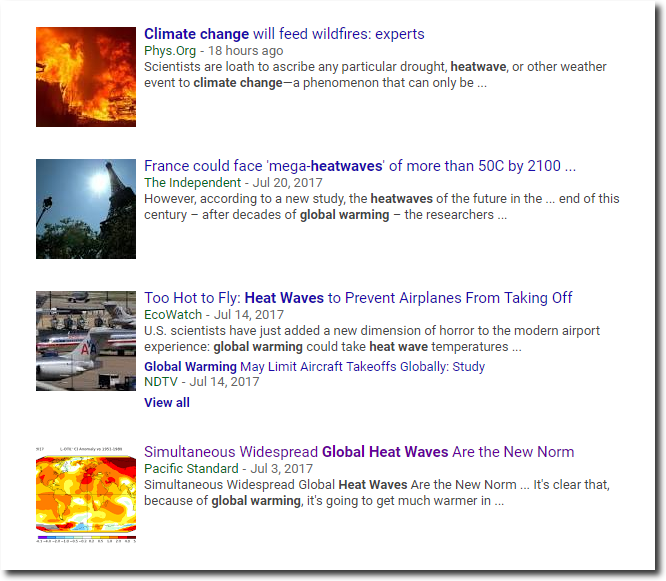 8 Responses to Plummeting July 28 Temperatures In The US