100% Of Global Warming Is Due To Fraud

Satellites show that the troposphere has not warmed since 1997. The warming reported by NASA (red line below) has nothing to do with reality. 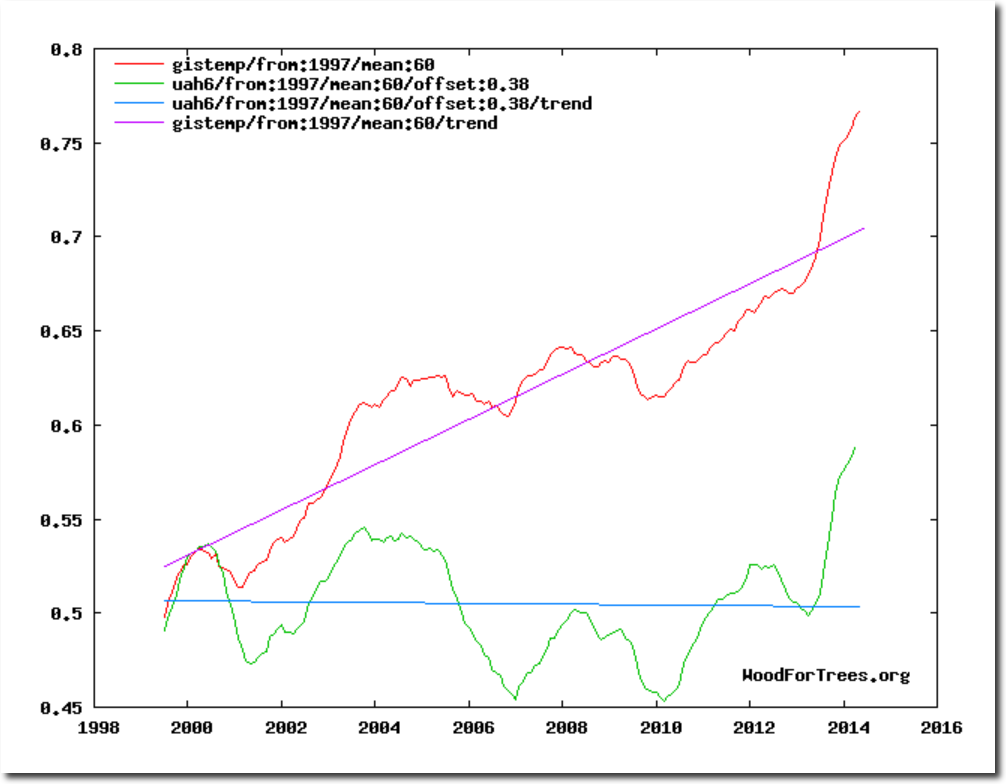 The bottom line is that Earth is not warming, and is no warmer now than it was in 1940. Global warming is the biggest mass superstition and hysteria of modern times.

Nothing new about this idiocy though. Imagining climate change seems to be a fundamental human flaw .

13 Responses to 100% Of Global Warming Is Due To Fraud